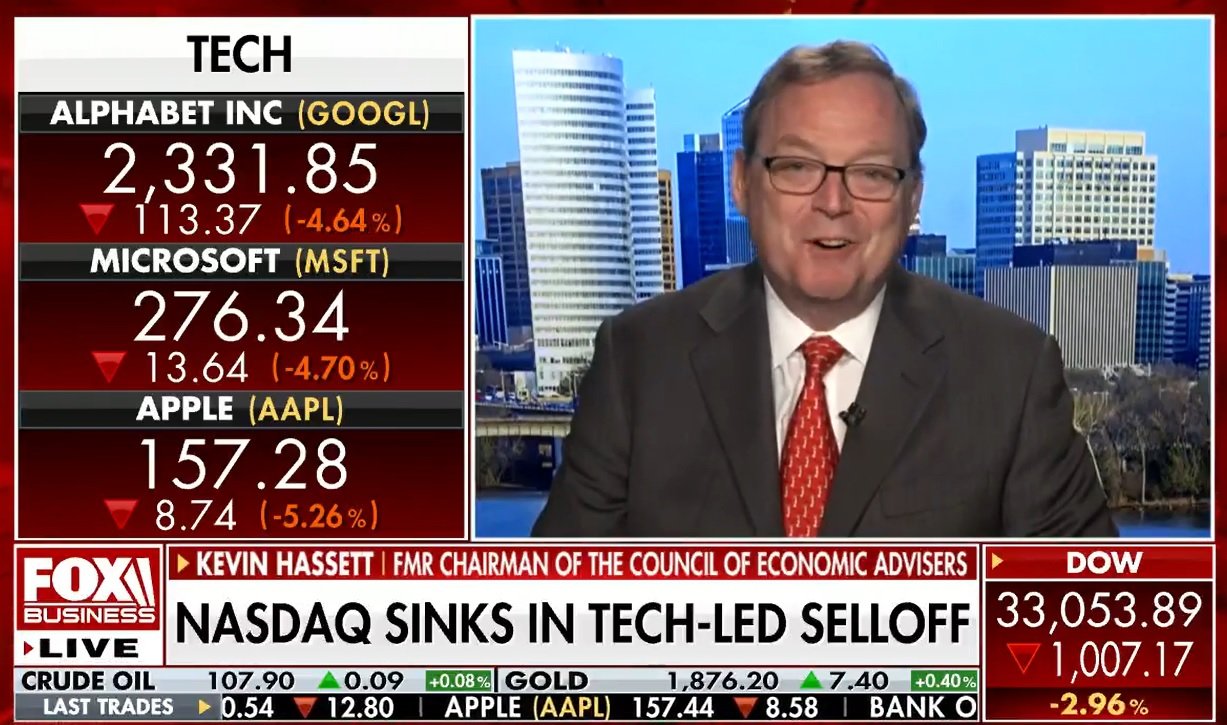 Former Trump economist says America is heading towards a severe recession, if it’s not already in one.

Former Trump economist, Kevin Hassett, was on FOX Business yesterday and he shared that the Biden gang is heading the US economy into a severe recession.  He added that if Biden’s ‘Build Back Better’ proposal passed, another $3 trillion would have been added to the already record-high deficit of $30 trillion.

I think it’s about to all end. You know, basically, there was all this stimulus money that went into people’s pockets. They saved it. And even though prices have been going up much faster than wages, consumption is kind of held up because people have that buffer stock built up from the money that they didn’t all spend during the pandemic. But if you look at year over year disposable income, that includes all taxes and transfers it. Neil, it’s down almost 20% because of all the stuff that’s being removed. And if you get a reduction in real income of that size, there’s just no way consumption is going to go up, you know?

You and I have talked before. I said I kind of think… we’re in a recession already. Now that you’ve seen a -1.4% first quarter, you’re kind of maybe leaning more in my direction. You know, second-quarter GDP now is close to zero. Second-quarter is negative. You’re basically in a recession. And the reason is that there’s this big, big reduction in income and production and consumption are catching up to that. The final fact about this, that -1.4% GDP last year, 94% of the time when we had a number that bigger, larger, it was in a recession since the Second World War or at the start of a recession.

See the video below.