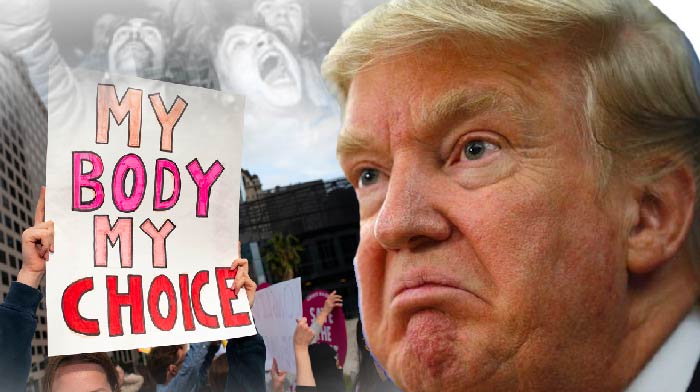 Good Afternoon! I am here to kick-start the middle of your day with more mentally deranged loving liberal quotes!

Are you ready? Let’s get the crazy rolling…

Candace Owens chimed in on that gross tweet yesterday:

Been telling you guys for years that white liberals are at their core, racist.
They use racial scenarios to get what they want. @duarteamanda wants to kill babies so she wants people to imagine how awful it would be if white women were impregnated by villainous black men. https://t.co/qQ1NbW9wKP pic.twitter.com/9vtT5NO2KJ

Well, we’re not quite done reporting on this loving liberal; as some of her past tweets have now come to the surface… and one in particular really caught my attention and I thought the depravity and derangement needed to be showcased so the entire world can see what the new Democrat religion is really all about.

So, Amanda is not a very well-known actress, she’s done some stuff in the “true crime” genre, and some Law and Order type stuff… Nothing too earth-shattering. But she is very vocal on social media about her politics, which is 100 percent communist progressive. She’s your a-typical feminine white liberal woman, who is privileged, and hateful, and preaches about how awful everyone else is, while never once questioning her own disgusting actions and words.

And as I said, a lot of people have been digging through her past tweets, and given the recent “Roe v Wade” meltdowns that have been happening, one user found a past tweet from Amanda discussing how she wishes she could be impregnated with Trump’s baby, just so she could rip it halfway out of her body and chop its head off.

Does that sound sane to you?

Again, this is the TYPICAL liberal woman nowadays…

People are saying, “come on, this can’t be real…”

Here’s what people online are saying about this tweet:

“These people are sick. What kind of brain thinks up such wicked sickening stuff like this?”

“When the left proves our point…”

“Liberals are as unhinged as the jihadi religion.”

“She must be lovely at dinner parties.”

“So who’s extreme again? The right or the left? Hmm??”

“She seems nice, in an Attila the Hun sort of way. I wonder if she makes cookies, too.”

“This is okay, but Trump is banned? LOL This place is a total joke”

“What in the actual hell is wrong with this woman??”

“This is not about right vs. left, this is about good vs. evil.”

This is a good vs evil spiritual battle, and that’s why I know we’re going to win.

We may not win every battle, and sure we’ll see setbacks, but when this is all said and done the righteous will be victorious over the wicked.