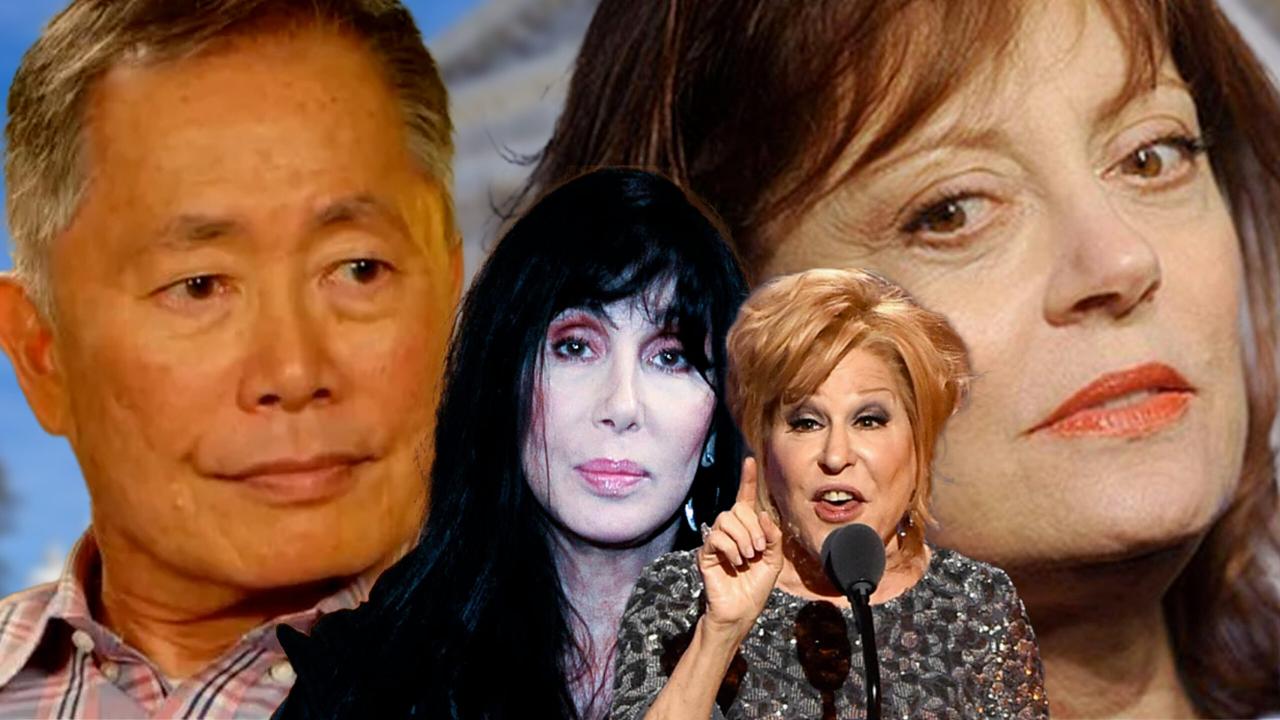 The Supreme Court’s draft decision to overturn the 1973 Roe v. Wade decision has outraged Hollywood celebs causing a lot to take to Twitter to voice their unsolicited opinions.

On Monday night, Politico released a leaked draft statement from Supreme Court Justice Samuel Alito in which he stated that abortion is no longer a constitutionally protected right.

According to Betty Midler, “#RoeVWade has been settled law for 50 years; the 14th Amendment to our Constitution is the document that is the foundation of our country’s laws.” In the event this amendment is ruled unconstitutional, what will stop them from enacting others that conservatives oppose?

Star Trek’s George Takei, an anti-Trump voice followed that with “Those motherf*****s really did it. First they came for Black voters, then they targeted LGBTQ+ families. Now, women of America, they’re overruling Roe v. Wade. We have to unite and strike back. Take to the streets. Overwhelm them at the ballot box. They have gone too damn far.”

Those motherf*****s really did it. First they came for Black voters, then they targeted LGBTQ+ families. Now, women of America, they’re overruling Roe v. Wade.

We have to unite and strike back. Take to the streets. Overwhelm them at the ballot box. They have gone too damn far.

On Tuesday’s episode of The View, Whoopi Goldberg went on a pro-choice tirade, warning viewers about the hazards of seeking an abortion without a doctor’s permission.

“Women in our country have dealt with the fact that it is illegal for a very long time, okay? If something isn’t right for them, they will take matters into their own hands, she declared. As a result, “we became tired of tripping over women in bathrooms, public facilities, who were performing themselves abortions because there was nowhere safe, nothing clean, and nowhere to go.” ”

In a Facebook post, she wrote, “A slimy drunk rapist has taken away women’s choice to choose.”

A slimy drunk rapist has taken away womens right to choose

Get your Dirty NAZI boots off our wombs

Previous celebrities flocked to Twitter to express their displeasure with the judgment, with some pointing to other landmark decisions that may now be on the line, including:

I remember robin Williams said if men Want to understand child birth they should put an umbrella up their ass and open it.

They can abolish the filibuster and codify #RoeVWade RIGHT NOW!

Maybe some of you vote-shaming keyboard activists should get outside and use your energy to actually hold them accountable.

If you are upset that #RoeVWade is about to be overturned by the Supreme Court but you didn’t vote in 2016 or you voted for Trump because you didn’t like the smart lady, YOU did this w/your apathy or your decision to choose an imp for President. YOU gave him THREE SCOTUS seats.

Maybe its not as simple as saying Fuck Susan Collins but for the record, FUCK SUSAN COLLINS. https://t.co/sY094exQja

Forced birth & illegal abortions across state lines is backwards & cruel. The Supreme Court has BECOME the division. Thanks to Alito & his ilk of RW radicals, who are toxic to the Court’s impartiality. Based on his arguments, the Supreme Court is strictly political now. https://t.co/0PTmxcVovG

Those poor rightwing justices. Their opinion was leaked and they had no – what’s the word? – choice.

So let me get this right: I don’t get to tell you to wear a mask during a pandemic… but YOU can make me carry a pregnancy I don’t want or that isn’t safe to term (and then of course be solely financially responsible for the baby)? Oh. Cool cool.

Poor people will die from illegal abortions performed in back alleys.

Stating the obvious. But fvck. The implications are astounding.

As the staggeringly partisan, right wing-dominated SCOTUS nudges America closer to Handmaids Tale status, the importance of voting in EVERY election becomes even more obvious. One would hope today’s news erases any further delusions that “both parties are pretty much the same.”

This this and this https://t.co/ig5seohmZ7

Whomever is overturning Roe v Wade knows exactly what it could bring about too. That’s where the focus needs to stay Mitch. On all the broken promises and the suffering you and yours are deliberately creating for the sake of the extreme right vote to protect your dying brand. https://t.co/s7GZAH5FcH

When I need moments of moral clarity, I resort to the business that gave Will Smith a standing ovation minutes after he committed assault while protecting Harvey Weinstein for decades.

What makes life worth living during this period of destruction of America by the Democrat/Communist HeelsUp/Brandon Junta is the agony of you snowflakes from an African-American buying Twitter and a return to regulation of baby-murder to the states.