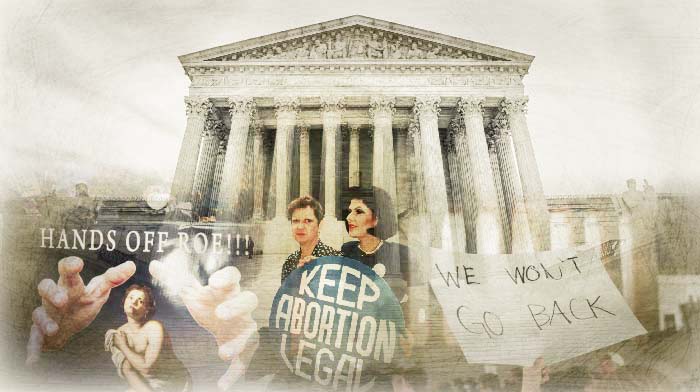 So, a leftist clerk went rogue and leaked a copy of an abortion ruling on Roe vs Wade.

If the ruling is correct, Roe vs Wade would be overturned.

Does that mean abortion rights would end in this country?

If Roe is overturned, the decision simply returns to the states.

And for those who don’t know, this is the very foundation of our federalist system.

Of course, as always, liberals don’t understand this and are literally MELTING like candle wax all over social media.

But conservatives are also getting something wrong, too. Well, partially wrong, I should say…

This appears to be the widely accepted theory online about “why” this happened:

Some leftist leaked the draft to scare the conservative justices into reversing position by using threats to their safety and lives.

Now, I am not saying that’s not part of what happened, I am sure there are a lot of “woke” cat people clerking at SCOTUS, however, it’s not the “real reason” nor is it the biggest reason…

First off, there’s nothing Dems would love more than to have the right overturn Roe v Wade. Can you imagine the fundraising windfall they’d incur after that? It could last for decades if they played their cards right.

The real reason that document was leaked was to influence the 2022 midterm elections and rally the Democrat Party around Joe Biden and other Dems who are failing.

It was leaked so that Senators and House members, who are struggling to hold on to their seats will finally have something to talk about and “fight for.” And it was leaked, so that disengaged, frustrated, and depressed Dem voters would have a massive fire lit under their butts to get out and storm the polls in 2022 because if they don’t, the evil “abortion-ending” Republicans will do even more damage.

This leak was a huge bucket of cold water thrown in the faces of every half-asleep, bored, and annoyed Dem voter, to wake them up and get them to the polls in 2022 to help stop the Red Tsunami… and, with help from the media for the next 6 months, delivering a non-stop fear-mongering/Handmaids Tale message, their plan may actually work.

And also, don’t count out the GOP establishment playing a role in this either… Trust me, there’s nothing those dusty old coots want less than seeing a bunch of fresh-faced America First politicians storming the Capitol. They’d rather have Dems in those seats.

Prior to this leak, the Dems had nothing. They were dead in the water when it came to 2022. All they could do was “brace” for the storm…

Now, this leak has given them a fighting chance to put the fear of God into their voters and rally the troops.

That’s the number one reason this leak happened.