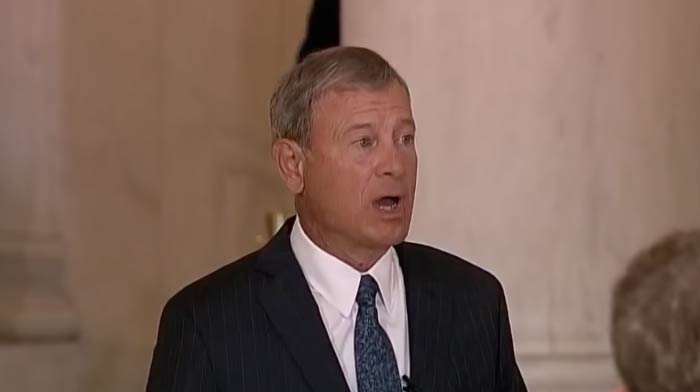 There’s been a lot of talk about this SCOTUS leaked document which shows that Roe v Wade will be overturned.

Many people have a lot of questions about the document, starting with, who leaked it and why, and is it authentic?

Well, I don’t know who leaked it, and nobody knows if we’ll ever find out… But Chief Justice John Roberts has cleared up one mystery surrounding the authenticity of the document, and he’s also added a surprising and very “mysterious” update, too.

Firstly, yes, the document is authentic according to Justine Roberts… but there’s way more to the story…

Justice Roberts is now saying the document does not represent the final outcome of the ruling.

Okay, well, of course it doesn’t…

Not sure exactly what that means, except to say it now leaves the entire ruling up in the air, and we’re all left wondering what’s happening.

However, that won’t stop the left from using it to fundraise and scare the hell out of people just in time for midterms.

Here’s what Disclose TV reported: “MORE – Chief Justice Roberts says the SCOTUS document is authentic, but “does not represent” the final position of the court in a statement.’

MORE – Chief Justice Roberts says the SCOTUS document is authentic, but “does not represent” the final position of the court in a statement.

“I knew it. All the RW celebration is premature”

“Knew it……If Roberts is involved its a losing proposition”

“Look, anything involving Roberts will never work out for the right”

“Guessing they hold opinions on topics all the time, a staffer seen this freaked out when they weren’t going to even hold an official vote on it”

“Also, the document is a tax, stated Roberts. LOL”

“This is one more op on ALL their parts. To sound out the citizenry and perhaps get the riots happening again. They thrive on our divisions and violence towards each other. ALL of Scotus and DC.”

Whenever Justice RINO Roberts is involved in anything you have to question the “conservative” outcome, especially one as big as Roe v Wade.

I stand by my earlier theory that this move was all about Dems midterms, and getting their disengaged base back in line, scared straight and fired up so they’ll get out to the polls.