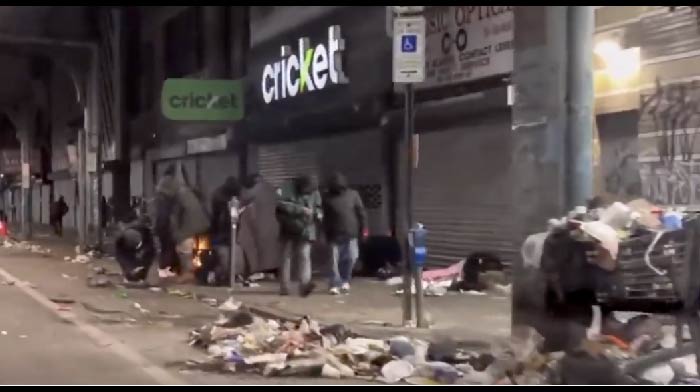 The elites hate you.

While Joe Biden dresses up in his tuxedo and laughs with his rich pals about inflation and high gas prices, many Americans are trying to figure out how to put food on the table and pay their heating bills.

He’s far too busy sending BILLIONS of dollars to Ukraine to worry about Americans.

Our country is falling apart. Our borders are wide open, and Democrats are rushing over to Ukraine to “check” on them, and sending them piles of our hard-earned tax dollars, while Americans suffer and liberal-run cities crumble.

There’s a video that’s gone mega-viral – over 54K retweets, of Philadelphia (and 3 other dilapidated liberal-run US cities), with the message: “We just sent $33 billion in militarized aid to Ukraine.”

Watch these clips, and ask yourself, if globalism has helped the American people “prosper.”

We know it’s made politicians filthy rich, but has it helped us and our communities?

Philadelphia looks like more of a war zone than Ukraine, but we’re sending BILLIONS to a foreign country instead of helping our own people.

Hopeless, homeless Americans in Boston living in makeshift “tent cities” on the side of the road, while we send BILLIONS to a foreign country.

Here’s a typical street in Detroit, filled with crack houses and burned-down businesses, while we send BILLIONS to a foreign country.

Americans living in shocking squalor in Los Angeles, while we send BILLIONS to a foreign country.

If this doesn’t infuriate you, and light a fire under your butt to oust these globalist scumbags from our government, I don’t know what will.