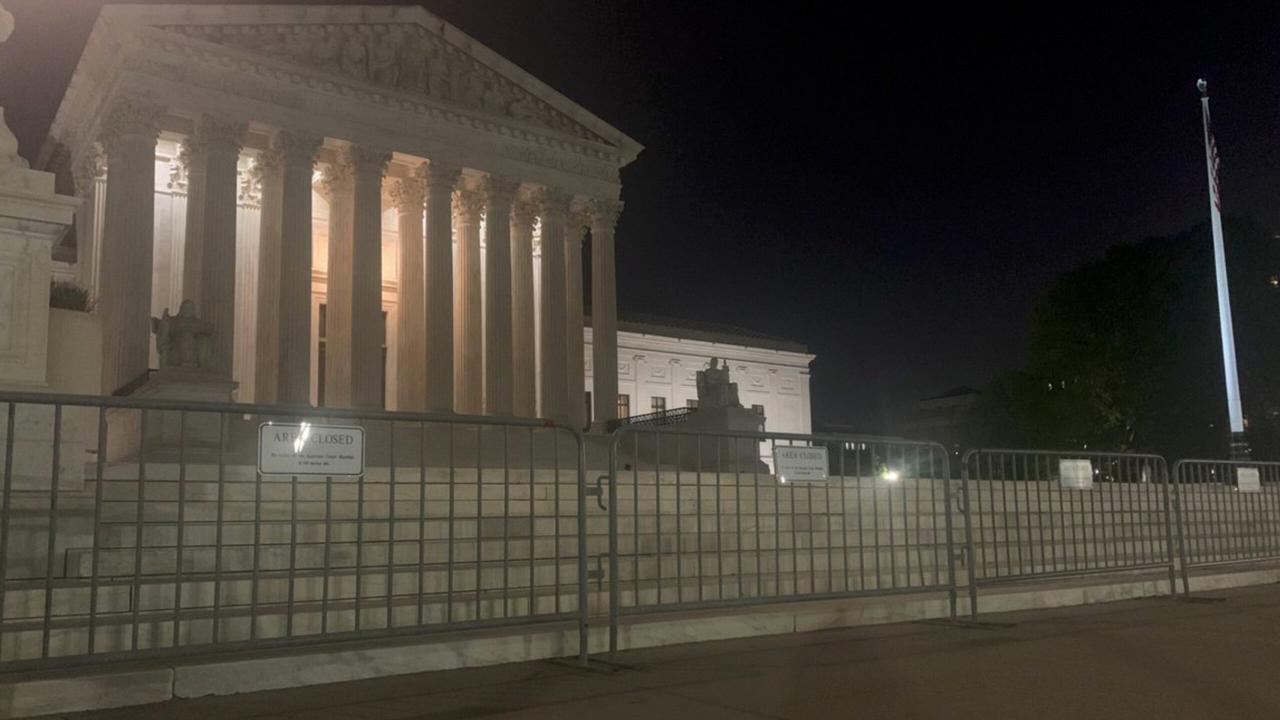 Officers put up security barriers around the U.S. Supreme Court building after a draft opinion that was said to overturn Roe vs. Wade was leaked to the press.

Take a vote after hearing oral arguments in a case. Chief Justice John Roberts then assigns the writing of the majority opinion to one of the justices on that side, and that person is the one who writes it. Draft opinions written by a judge are then sent to the other eight justices for them to read and for anyone who wants to write their own concurring or dissenting opinions.

Right now: Barricades are up around the Supreme Court building, just minutes after reports from Politico were leaked indicating SCOTUS has voted to overturn Roe v. Wade. pic.twitter.com/LxR9rbs6TF

People sometimes change their votes after reading all of the draft opinions. Before they finish writing and agree their votes are final, the majority opinion and all of the concurrences and dissenters are made public.

Leaks about anything that has to do with the inner workings of the country’s highest court are very, very rare. Because this was such a hot-button issue, security concerns arose right away when a draft of the Court’s opinion was leaked.

Dobbs vs. Mississippi Department of Health is the name of the case. It’s about a law in Mississippi that bans most abortions after 15 weeks.

People started reading the POLITICO article at around 8:30pm EDT. Shortly after, it was reported that police had put up barricades around the Supreme Court building, including this picture tweeted by Washington Examiner reporter Cami Mondeaux.

AT THE SUPREME COURT — Barricades have been set up (“by order of the Suprmee Court Marshal,” they say).

Two police officers are standing watch as a crowd of about 50 has gathered, most sitting quietly with candles. pic.twitter.com/0jWbjBEjTM

Crowd is steadily starting to grow outside the Supreme Court.

Several women I’ve interviewed have been wiping away tears. “I’m shocked,” one told me. “We really did feel like this was a bit untouchable.” pic.twitter.com/zEJwOquh1v