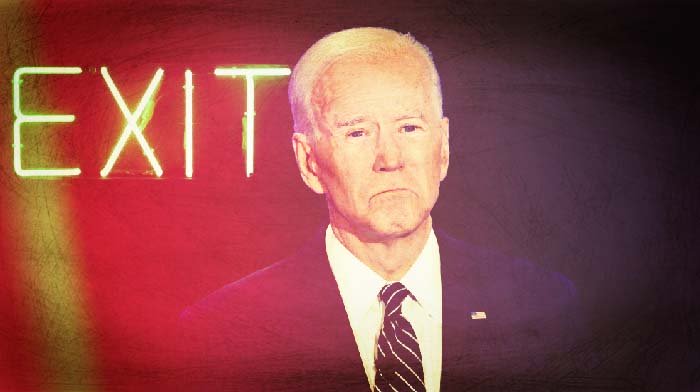 Biden’s day of reckoning is right around the corner, folks… it’s coming and there’s nothing he can do to stop it.

The thing is, I don’t know if he’s mentally healthy enough to be aware of what’s happening.

But Joe’s in big trouble, and he’s about to be shunned and thrown aside like yesterday’s garbage.

Fox News pundit Ari Fleischer wrote a great piece recently, where he called out what I have said all along… Joe Biden WILL NOT run again in 2024. It’s absurd that there are some people out there who actually think he will — journalists who still discuss Biden in a serious “political way.” The man is a bumbling halfwit, and everyone knows it.

Ari’s piece basically calls this out. He says he doesn’t care what Joe told Obama — none of that matters. Right now, it’s like everyone’s just pacifying the old, senile grandpa who keeps talking gibberish in the corner.

As a matter of fact, Ari says he knows the exact date that the entire Dem Party will openly and publicly turn on Joe Biden:

In a little over six months, Republicans will likely win the House and the Senate. As important as Election Day 2022 will be, what happens the next day will be more significant.

That’s the day the Democrats will turn on President Biden. It’s the day that the whispering campaign among Democrats about whether a soon-to-be 80-year-old man is in good enough health, politically and cognitively, to be the man at the top of the ticket in 2024, will burst into the open.

It’s inevitable. The stop Biden drumbeat will grow every day, whether it takes weeks or a few months, until Biden acknowledges reality and declares he will not run for re-election.

The notion that an unpopular party, on the heels of a major midterm defeat, will want an unpopular, 80-year-old whose health and vigor are in decline, to lead it into the future is the stuff of fantasy. Among Democrats today, it may be good manners not to talk about it, but it’s time to stop pretending.

Joe Biden will have no choice and won’t run.

Ari says that he thinks Jim Clyburn will be the “King Slayer,” the guy who sends senile Joe out to pasture.

Clyburn is the man who anointed Joe the official Dem candidate in 2020, and he’ll be the same one who will tell him it’s all over.