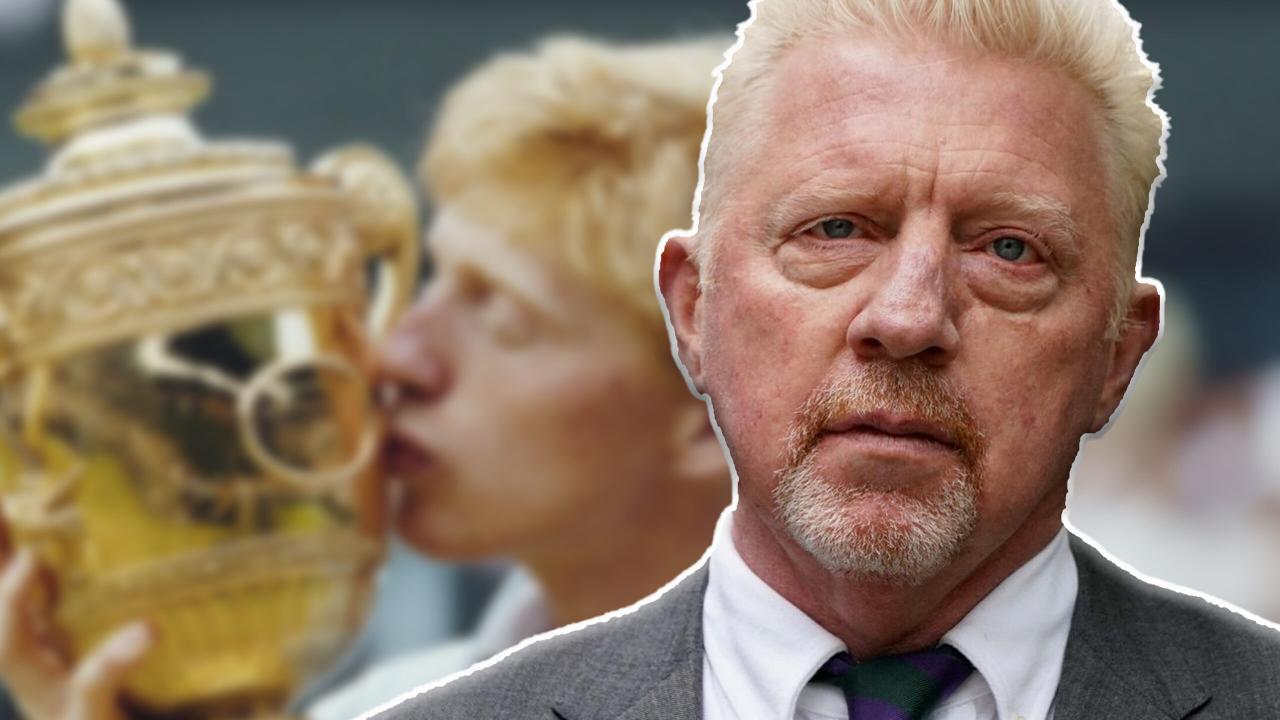 Boris Becker, a three-time Wimbledon winner, was sentenced to two years and six months in prison for hiding assets during his bankruptcy proceedings. His son Noah and partner Lilian de Carvalho Monteiro blew him a kiss as he was escorted to the cells below as the 54-year-old stayed silent throughout his sentencing at Southwark Crown Court.

Becker’s lawyer had argued that the sports star had already “lost practically everything” in a bid for a suspended sentence. Despite the embarrassment Becker may have felt, Judge Deborah Taylor remarked that he had “shown no humility” during the hearings.

Judge Taylor said that Becker must serve half of his sentence before he can be considered for parole.

He was found guilty earlier this month of four offenses under the Insolvency Act, including the removal of property, two instances of failing to notify the estate, and hiding debts.

When Becker transmitted $450,215 to nine recipients, including those belonging to his ex-wife Barbara Becker and the estranged wife of his fourth child, a court heard.

On top of all that, he was found guilty of disguising a $738,058 bank loan and 75,000 shares in the software business Breaking Data Corp. that were hidden in his hometown of Leimen, Germany.

German national, who has been in the UK since 2012, had to declare substantial assets in his bankruptcy because of legal requirements he had to comply with.

After being declared bankrupt on June 21st of this year due to an outstanding debt of over £3 million on his Mallorca estate, the six-time Grand Slam champion stated he was “shocked” and “embarrassed.”

Another 20 accusations were dropped, including nine counts of failing to return tennis trophies and medals.

Two of his three Wimbledon men’s singles trophies, one of which he earned for the 1985 victory that launched him to celebrity at the age of 17, were not in Becker’s possession, he told jurors.

He was cleared of failing to declare a second German property and his interest in a $2.6 million Chelsea flat occupied by his daughter Anna Ermakova conceived during Becker’s famous sexual encounter with waitress Angela Ermakova at London’s Nobu restaurant in 1999, which resulted in the birth of his daughter Anna.

“Vast” amounts of money were mentioned during the trial, and he claimed to have paid for a family house in Munich, a property in Miami, Florida, and an estate on the island of Mallorca all in cash.

Following his retirement from tennis in 1999, Becker, who went on to train current world number one tennis player Novak Djoker, work for television networks including ESPN and serve as an ambassador for companies such as Puma, stated his income had decreased significantly.

According to him, he had to support his daughter Anna and her mother throughout the “expensive divorce” he had with his ex-wife Barbara in 2001. This included significant maintenance payments to their two kids.

When Becker moved to the UK, he stated he had “expensive lifestyle commitments,” including a rented residence in Wimbledon, London, that cost him $22,000 per month.

Five million Swiss Francs (approximately $4 million) and just under $1m in German tax evasion and attempted tax evasion liabilities were also owing by him to Swiss and German authorities.

Arbuthnot Latham loaned Becker $4.6 million in 2013, while British billionaire John Caudwell, who established Phones 4u, loaned him $1.2 million with a 25 percent interest rate the following year.

Bad publicity had harmed his “brand Becker” and made it difficult for him to pay off his debts, he argued, while QC Jonathan Laidlaw said Becker was too “trusting and dependant” on his advice at the time of his bankruptcy.

Mr Laidlaw said his client had “lost absolutely everything” and “had already paid an incredibly heavy price, both for the mismanagement of his financial affairs, which of course he has nobody to blame except himself, but also for his wrongdoing” before the sentencing.

A “tragic” end to a brilliant sporting career, in his words: “Boris Becker has literally nothing and also nothing to show for what was the most sparkling of sporting accomplishments.”

According to Mr Laidlaw, Becker has undergone “not only a fall from grace” but “the most public humiliation,” and that “the degree of his suffering will continue, is punishment that no other bankrupt in this country is likely to experience.

These processes have wiped off whatever hope he had of finding work in the future. His name has been tarnished. Unless he can get a job, he will have to rely on the kindness of others to make it.”