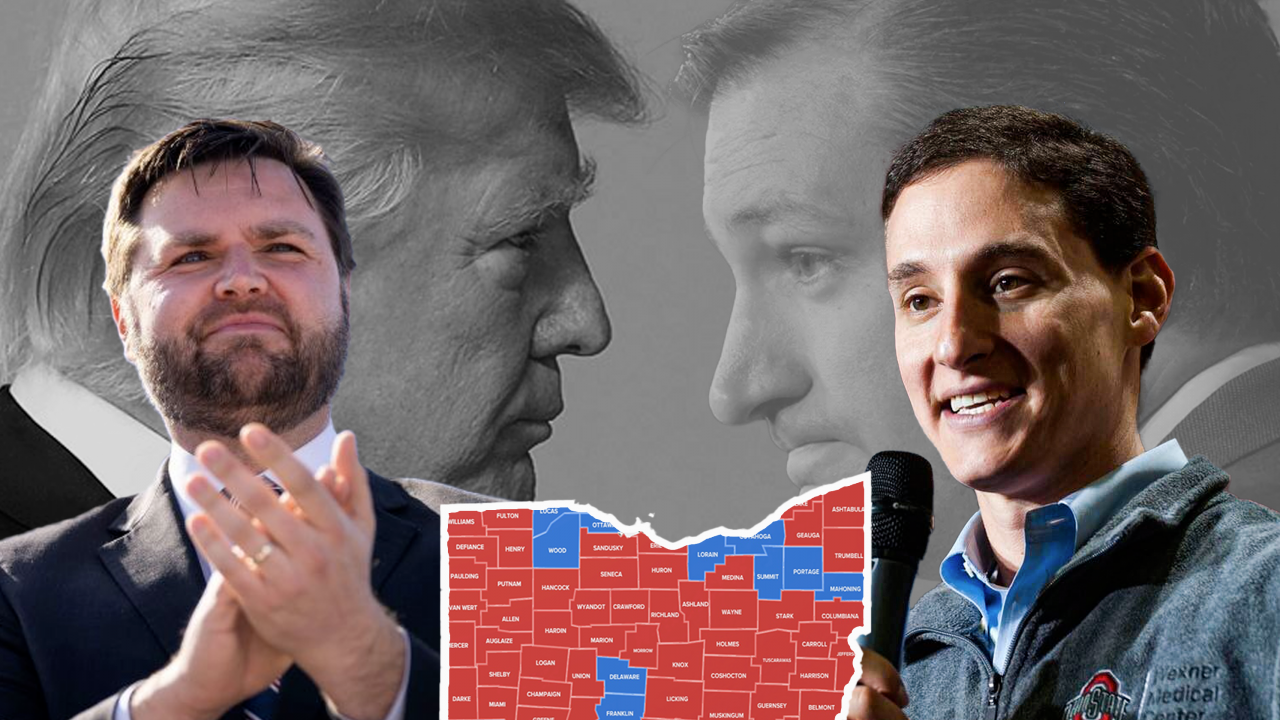 Final days before the primary in Ohio’s GOP Senate contest are becoming increasingly tense as the Republican proxy war heats up. Personal assaults and litmus tests have pervaded the nomination process for months. Tensions in the contest have been ratcheted up to an all-time high with the late entry of GOP heavy hitters, including former President Trump.

After months of silence, Trump entered the race this month, endorsing author and venture entrepreneur J.D. Vance, a former critic who has recently sought to rebrand himself as a Trump disciple. According to a recent Fox News survey taken after Trump announced his support for Vance, the author of “Hillbilly Elegy” had surpassed his main challenger, former state Treasurer Josh Mandel, in the primary race.

In addition, Trump’s endorsement put him at odds with a number of other Republican power players, including Sen. Ted Cruz (R-Texas) and the conservative Club for Growth, who are both supporting Mandel and have showed no signs of stepping down from the contest.

An unaffiliated former Trump aide says the Ohio Senate primary has showed “splits that have really irritated the president the wrong way.” As far as I’m concerned, it’s not anything that will have any long-term impact. The primary winner will be supported by the Republican Party. However, I believe there’s a lot of frustration going on right now.”

Video excerpts of Vance denouncing Trump and declaring himself a “never-Trump guy” were used in a Club for Growth television commercial following Trump’s endorsement. Trump is “doing it wrong” with J.D. Vance, one of the men featured in the commercial said.

Angered by the 30-second video, Trump called out the Club for Growth and its President David McIntosh, whom he had grown to consider vital ally in his political career As a result of this, the group has increased the amount of money it spends on the commercial.

A statement from Vance stated, “Mandel used to be a pro-China establishment hack; then he became a Tea Party Patriot; and finally, he became America First.” In the wake of his rejection by Trump, Mandel has reverted to his roots: with millions of dollars from the pro-China Club for Growth supporting his failing campaign. “I’m proud to be on President Trump’s side in this battle for the soul of the Republican Party.”

They are scrambling to portray Vance as a political opportunist who only began chasing Trump’s support when it was expedient for him to do so.

What is the ETA for J.D. Vance’s rematch with himself? Mark Levin, a conservative radio broadcaster who is a supporter of Mandel’s primary campaign, took to Twitter. Because of his record, which is not conservative nor MAGA or America First or pro-working class nor conservative nor Tea Party, he is unlikely to win.

One of numerous May primaries seen as a test of Trump’s capacity to influence the Republican Party’s electorate is the Republican Senate primary in Ohio, one of a number that will be held in May.

Because of Trump’s current and past loyalists and the wide field of candidates vying for the opportunity to replace retiring Senator Rob Portman, the primary in Ohio has been particularly acrimonious (R-Ohio).

In the most recent survey, though, Vance and Mandel are neck-and-neck in the contest for the nomination.

New polls issued this week show Vance leading Mandel 23-18, with Gibbons in third place with 13 percent of the vote. A Republican Trafalgar Group survey taken a week earlier showed Mandel leading with 28% of the vote to Vance’s 23%. An swarm of surrogates is flooding Ohio in the last days leading up to the state’s primary on May 3.

Over the weekend, Ted Cruz is expected to pitch for Mandel in Ohio, while two of President Trump’s closest allies in Congress, Reps. Matt Gaetz and Marjorie Taylor Greene, will be stumping for Vance in a series of campaign appearances. The Republican senator from Missouri, Josh Hawley, is also scheduled to campaign with Vance on Sunday and Monday.

During the last days of the Republican primary in Ohio, things have been a lot quieter for the Democrats. Rep. Tim Ryan (D-Ohio) is the party’s front-runner, but attorney and community activist Morgan Harper, from the party’s left, is posing the most significant primary opposition.

One Republican strategist in Ohio said that the divisiveness of the GOP Senate primary could leave the eventual winner “bloodied” before the general election campaign even begins.. He also dismissed the idea that a harsh primary fight could help Democrats, who are already facing a difficult election year on a national level and have had very limited electoral success in Ohio in the past few years.

“I don’t believe it’s a big deal,” the strategist added. In this state, the Republican Party has a huge advantage because of the total incompetence of the Ohio Democratic Party. Ohioans will unite around a Republican candidate because they have a closer connection with the state’s voters than the Democrats.”