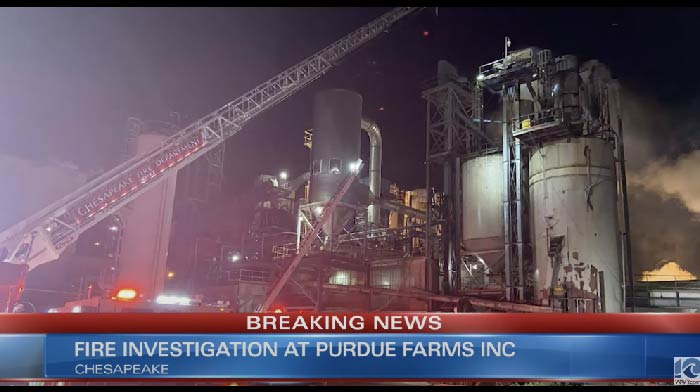 Have you noticed that the very second folks on the right take notice of something and find it “odd,” an ARMY of “fact-checkers” and left-wing pubs descend down and debunk and mock whatever it is in record-time?

Yet, we spent 5 years with this absurd Russia hoax, and nobody swooped in and debunked much of anything, did they?

Also, the left did not quickly debunk the Jussie Smollett hoax; the right had to do that…

Nor was the Covington hoax… we had to debunk that one, too.

And I don’t think the “Hands Up/Don’t Shoot” has ever been debunked, or if it was, it certainly wasn’t done “quickly.”

It’s an interesting observation, isn’t it? The left can say whatever it wants un-checked, or at least not checked in a rushed/condescending fashion, but the right isn’t “allowed” to have independent thoughts or ideas.

And it also says a lot about the state of our media, and “fact-checking” in general, doesn’t it?

Well, the reason I bring this up is because of the news stories on these fires that are breaking out at food plants across the country.

There was just another one, which has sparked a lot more interest on the topic… but don’t get too interested folks. The Fact-Checkers and pubs on the left have already descended…

If you Google “food processing plant fires” you get this condescending gibberish. 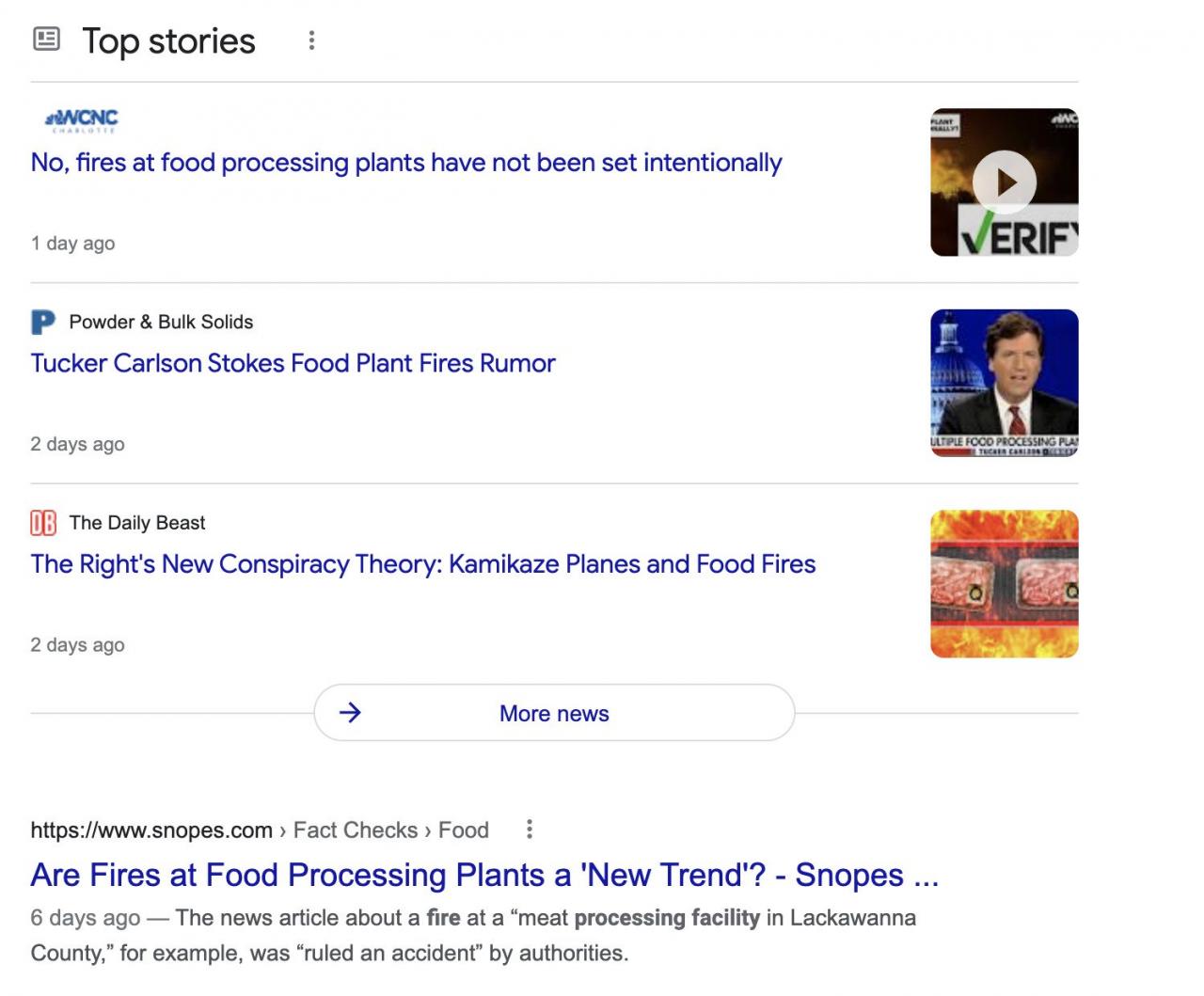 They really do not want you to have an opinion that differs from the Regime. It’s a remarkable thing to see. You can’t even “talk” about the possibility of something odd going on, and just debate it, bat around ideas or hash it out, without this entire well-oiled apparatus crashing down on you.

The ARMY will be unleashed upon you and you’ll be labeled a “Q-Kook” and a “disinformation spreader” or something sinister and spooky like that.

However, if you’re over there talking about the well-proven SCIENCE 67 genders, widespread, right-wing hate, and violence, or racist white people, you’re good to go. Keep talking, keep preaching, sister!

So, back to these food plant fires, that we’re told are NOT a conspiracy, and they’re totally random, and everything is fine, and how only kooks and extremists on the right are concerned.

WCNC reported the numbers on what we learned from fire officials:
11 of the fires were either ruled accidental, or no foul play was suspected
Six are still under investigation
One was at a vacant building that once housed a meat plant, but no longer does
Another note: while the tweet mentions 18 fires in six months in the U.S., only 12 of them actually happened in that time frame, and one happened in Canada.

Oh, okay, so it was only 12 fires in 6 months… well, make that 13, because as I mentioned earlier, we have another one:

This one is in Chesapeake, at Perdue Farms facility.

Just another fire at a food processing plant, but nothing to see here. https://t.co/s1VTUcjtPS

WTKR reported that a fire took place at Perdue Farms facility in the South Norfolk area of Chesapeake Saturday evening.

The Chesapeake Fire Department is currently working on an industrial fire at the grain processing and storage facility.

Firefighters received a call at 501 Barnes Road at 8:41 p.m. after a plant operator at Perdue acknowledged and verified a fire at the location. All employees from the area were evacuated.

When crews arrived they found a large soybean processing tank with flames showing from the top. Firefighters climbed multiple flights of stairs using multiple hose lines to battle the fire.

The fire was called under-control at 9:48 p.m. with no injuries reported and the fire will have “minimal impact” on how the facility operates.

No reason was listed for why the fire started.

I don’t think it’s abnormal for Americans to worry about what’s happening with their country.

We’re hearing reports about food shortages, we’ve got Bill Gates out there pushing laboratory meat, the media dismissing everything “right-wing” as conspiracy, and Joe Biden is a confused, bungling mess who can’t provide any comfort to hurting or scared Americans… so, of course, they’re going to be hyper-sensitive and alert about stories like this.

That doesn’t make this “disinformation.” It makes it a “discussion” and in America, we can still have those, right?