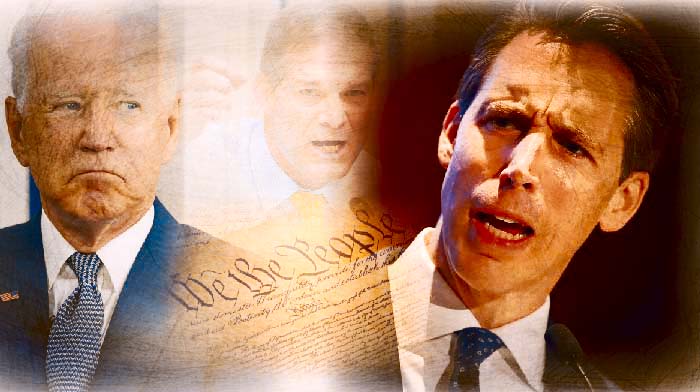 Podcaster and conservative pundit Benny Johnson said that Republican lawmakers told him that legislation is currently being drafted to defund Biden’s dystopian “Ministry of Truth,” which is being led by a Russian-Hoax spreader and CNN fake news peddler.

Americans are lashing out against this creepy communist board that will sit under the Homeland Security tent.

We all know how something like this would be used as a weapon against political enemies… after all, this is precisely what social media/big tech has been doing for years now… deciding what can and can’t be talked about and labeling whatever goes against their political beliefs as “disinformation.”

And the more this happens, the tighter the noose becomes.

We don’t need a corrupt federal government babysitting us on the web.

Here’s what Benny said: “BREAKING: Republican Members of Congress tell me that legislation is being drafted as we speak to Defund the Joe Biden Ministry of Truth. The backlash is here. GOP Leadership better get on board.”

And he goes on to say, “I just got more details on the GOP plans to decimate Joe Biden’s Ministry of Truth. They are not just going for “defunding,” this is an all-out war footing. Impeachments, congressional hearings, public humiliation of people behind it, harsh laws AGAINST this ever happening again”

🚨 BREAKING: Republican Members of Congress tell me that legislation is being drafted as we speak to Defund the Joe Biden Ministry of Truth.

The backlash is here.

GOP Leadership better get on board.

This is exactly what we want to see…a bare-knuckle fight against anything and everything Joe Biden tries to do.

This is the time for the GOP to step up and show that they’ve got a spine and can fight.

No more “talks” and soundbites on Hannity.

They either get in the ring and get bloody, or they prove they’re useless and we don’t need them anymore.