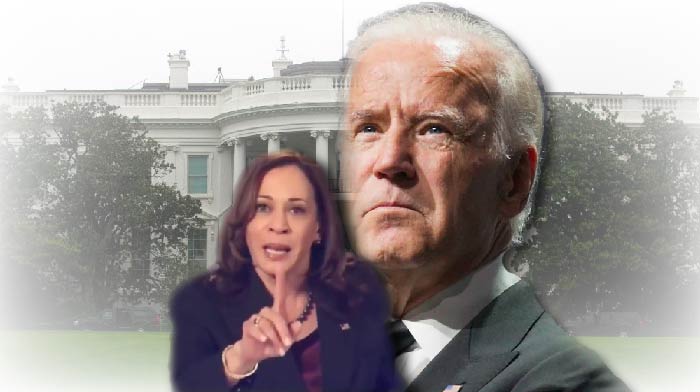 Well, it’s no secret that Joe and Kamala do not like each other, it’s been a rumor that’s been sweeping through DC and beyond since the two were installed.

So, it’s no shock to hear new rumors floating around about how they despise one another.

Apparently, it’s so bad now, that the two refuse to sit down and have lunch together.

Washington Free Beacon reported that Joe Biden promised he and Kamala Harris would have a weekly working lunch at which they could hammer out policy points and “build out an agenda.” Biden and Harris have only had two lunches together this year, RealClearPolitics reported Thursday.

MORE NEWS: AOC Tried To Bash Elon Musk And It Blew Up In Her Face, Spectacularly

As vice president, Biden had weekly lunches with Barack Obama, which he found “so important … that he carried over the tradition to his own presidency.” Biden said soon after he took office that he “made the same deal with [Harris] that Barack and I made.”

That deal has not worked out as Biden planned. This year saw only two Biden-Harris lunches: on February 8, as Biden was deciding on a Supreme Court nominee, and on March 30, after Biden’s gaffe-packed trip to Warsaw in light of the Russian invasion of Ukraine.

While the White House told RealClearPolitics the lunches “are not the ultimate barometer of cooperation” between the president and vice president, other reporting indicates that Biden and Harris have a rocky relationship.

The few lunches Biden and Harris did have “lacked a real depth of personal and political intimacy,” Jonathan Martin and Alex Burns wrote in their forthcoming book This Will Not Pass. The book also reported that first lady Jill Biden blasted Harris on the campaign trail, saying, “There are millions of people in the United States. Why do we have to choose the one who attacked Joe?”

Well, I can’t say that I blame either of them.

If I were Joe, I wouldn’t want to sit there with this cackling shrew either.

And If I were Kamala, the last thing I’d want to do is eat lunch with a dementia-riddled old buffoon and liar.