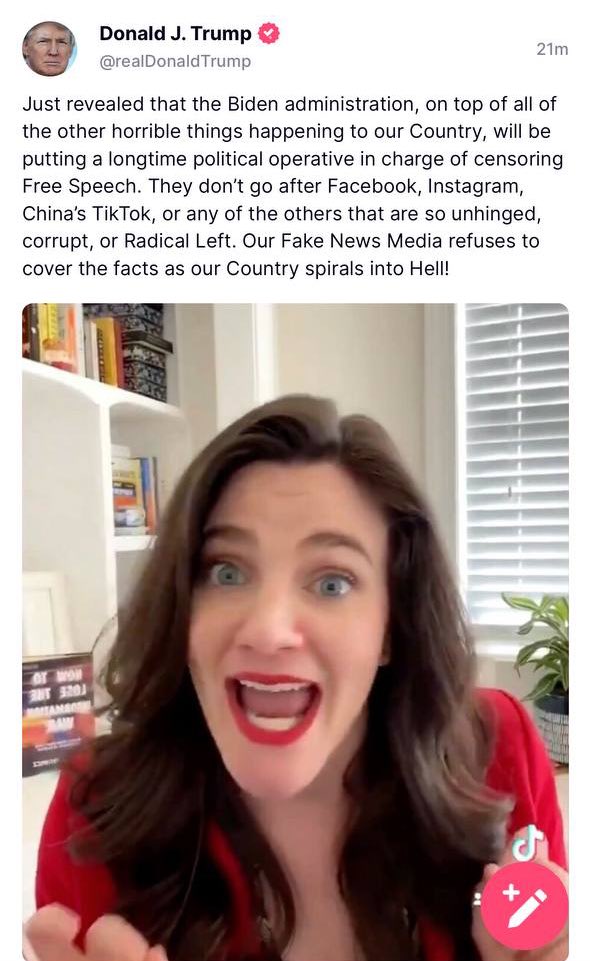 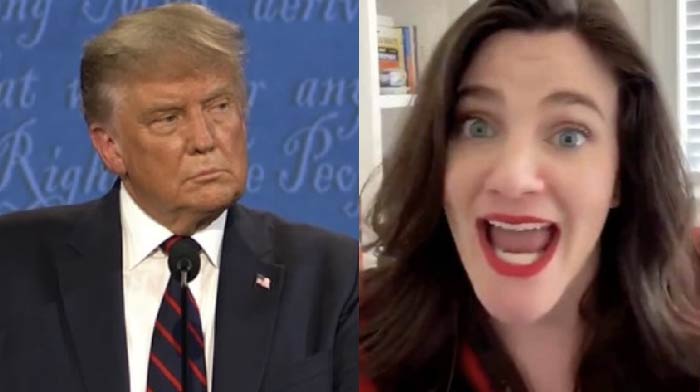 As you likely know by now, Joe Biden is unleashing a “Ministry of Truth” under the tent (and guise) of Homeland Security.

That’s right, in a move straight out of North Korea, Biden will launch a government group that oversees “disinformation” online.

Gee, how on earth could that go wrong?

This is outrageous, and will obviously be used to push the Regime’s radical progressive agenda, and label anything that goes against the Regime as “disinformation” and “lies.”

We’ve all seen this song and dance before.

Only now, they’ll have the power of the federal government behind them, so they can sick the IRS and FBI after you if you don’t “think” and “speak” the way the Regime wants you to.

How “all-American” is that?

Let Freedom Ring, right? Give me a break.

MORE NEWS: Another Durham Update: New Round Of Emails Surface Pushing Hillary Closer to The Edge

This is complete and total communist horsesh*t, excuse my language, but that’s what it is… and MANY people are outraged by this move, especially from a political boob with a 33% approval rating. Who does Joe Biden think he is?

The GOP has vowed to fight back hard. Rep Boebert said of all the hills out there, THIS is the one to “die on.”

Those are great words, but now we need action.

And speaking of a man of pure action, President Trump has also jumped into the mix.

He devoted his third Truth Social post to taking down the political hack Biden picked to lead his new dystopian department.

Here’s what President Trump said:  “Just revealed that the Biden administration, on top of all of the other horrible things happening to our Country, will be putting a longtime political operative in charge of censoring Free Speech. They don’t go after Facebook, Instagram, China’s TikTok, or any of the others that are so unhinged, corrupt, or Radical Left. Our Fake News Media refuses to cover the facts as our Country spirals into Hell!”

Here’s a closeup of the Truth Trump posted:

Here’s what people on Truth Social are saying:

“It just gets worse and worse Mr. Trump”

“Pissed off Trump is the BEST Trump!”

“We can’t win if we only stand on the sidelines and cry. Become a poll watcher, network in your community, learn about and support America First candidates. Get in the game LOCALLY.”

“We need to push back so hard on this. This is do or die, right here for the country”

“Anyone who thinks this is a good idea, is an enemy of the people”

“President Trump, we need your voice and your action now, more than ever.”

“All I can say is thank GOD Trump is back online…I know it’s not a “fix” for all the problems, but is sure helps”

“I have missed this. I needed this. The country needs this!!”

Thank goodness President Trump is back on social media. We need his voice and his leadership right now, more than ever before.

And if anyone can get these GOP ding-a-lings to step up, it’s him.