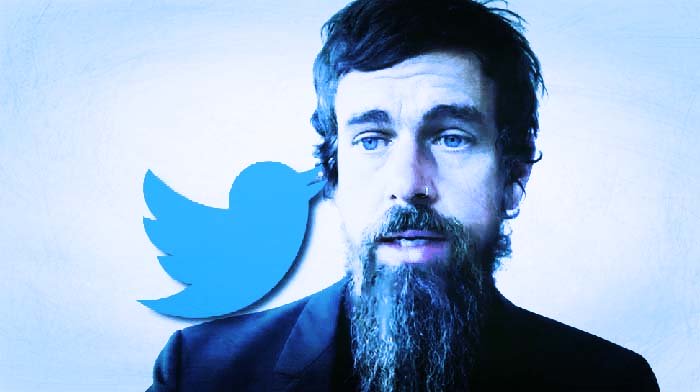 There’s long been a rumor that Jack Dorsey was not the “problem” at Twitter, his employees and his board were.

Many will say that Jack wanted to be a “free speech” platform, where different ideas and opinions were openly shared — but that goal got away from him, and eventually, according to urban legend, Jack was outnumbered by the woke mob he employed, and progressive cancel culture took over.

Now, I don’t know if it’s true, but I do know that based on a tweet thread Jack Dorsey just wrote that he has some very deep regrets, and a lot of reflection on what’s happening with Twitter now, in the past, and moving forward.

I think you’ll find this interesting.

I have tried taking a break from Twitter recently, but I must say: the company has always tried to do its best given the information it had. Every decision we made was ultimately my responsibility*. In the cases we were wrong or went too far, we admitted it and worked to correct.

Some things can be fixed immediately, and others require rethinking and reimplementing the entire system. It is important to me that we get critical feedback in all of its forms, but also important that we get the space and time to address it. All of that should be done publicly.

A transparent system, both in policy and operations, is the right way to earn trust. Whether it’s owned by a company or an open protocol doesn’t matter _as much as_ deliberately deciding to be open about every decision and why it was made. It’s not easy to do, but it must happen.

Doing this work means you’re in the arena. Nothing that is said now matters. What matters is how the service works and acts, and how quickly it learns and improves. My biggest failing was that quickness part. I’m confident that part at least is being addressed, and will be fixed.

*it’s also crazy and wrong that individuals or companies bear this responsibility. As I’ve said before, I don’t believe any permanent ban (with the exception of illegal activity) is right, or should be possible. This is why we need a protocol that’s resilient to the layers above.

When someone confronted Jack on the New York Post/Hunter Laptop story, and said he influenced the election here’s what transpired:

You “corrected” the decision to ban @nypost’s account and keep people from tweeting their story about Hunter’s laptop. But it was too little too late. You influenced the election. Twitter should have NEVER played gatekeeper with information that ended up being factually accurate.

when I found out we took that action, we reversed it almost immediately. we should have also reinstated the account without requiring a delete of the tweet.

This is Jack’s tweet thread if you want to go through and read the responses:

I have tried taking a break from Twitter recently, but I must say: the company has always tried to do its best given the information it had. Every decision we made was ultimately my responsibility*. In the cases we were wrong or went too far, we admitted it and worked to correct.

It appears that Jack does not agree with the banning of President Trump.

When he was asked about it directly online, he said that he believed it was “right for the company,” but “wrong generally.”

That tells me he caved to his woke employees who wanted Trump banned, but generally speaking, he’s admitting it was wrong because President Trump did nothing “illegal” to get a permanent ban.

However, that’s not giving Jack a pass, because I am the last person to give Jack Dorsey a “pass” on anything, but I think that’s a fair assessment of what he felt about Trump’s ban.

I think Jack is a “people pleaser.”

And I think that’s a dangerous personality type to have, especially when you’re the CEO of a company like Twitter that was knee-deep in political and social issues.

I agree maybe Jack wanted to do the right thing and wanted to hear the “other side,” but he was weak and he caved to his board and his woke employees, so his intentions don’t really matter.

It’s infuriating that he didn’t stand up for all of his customers and only decided to listen to those closest to him.

Furthermore, I believe Jack sat by while an election was stolen from the American people, and there should be an investigation, and if there were laws broken, people need to go to jail, Jack included…it was his company, after all.

Let’s just be thankful that Elon took over, and do everything in our power to make sure no social media company ever has that type of partisan power again.