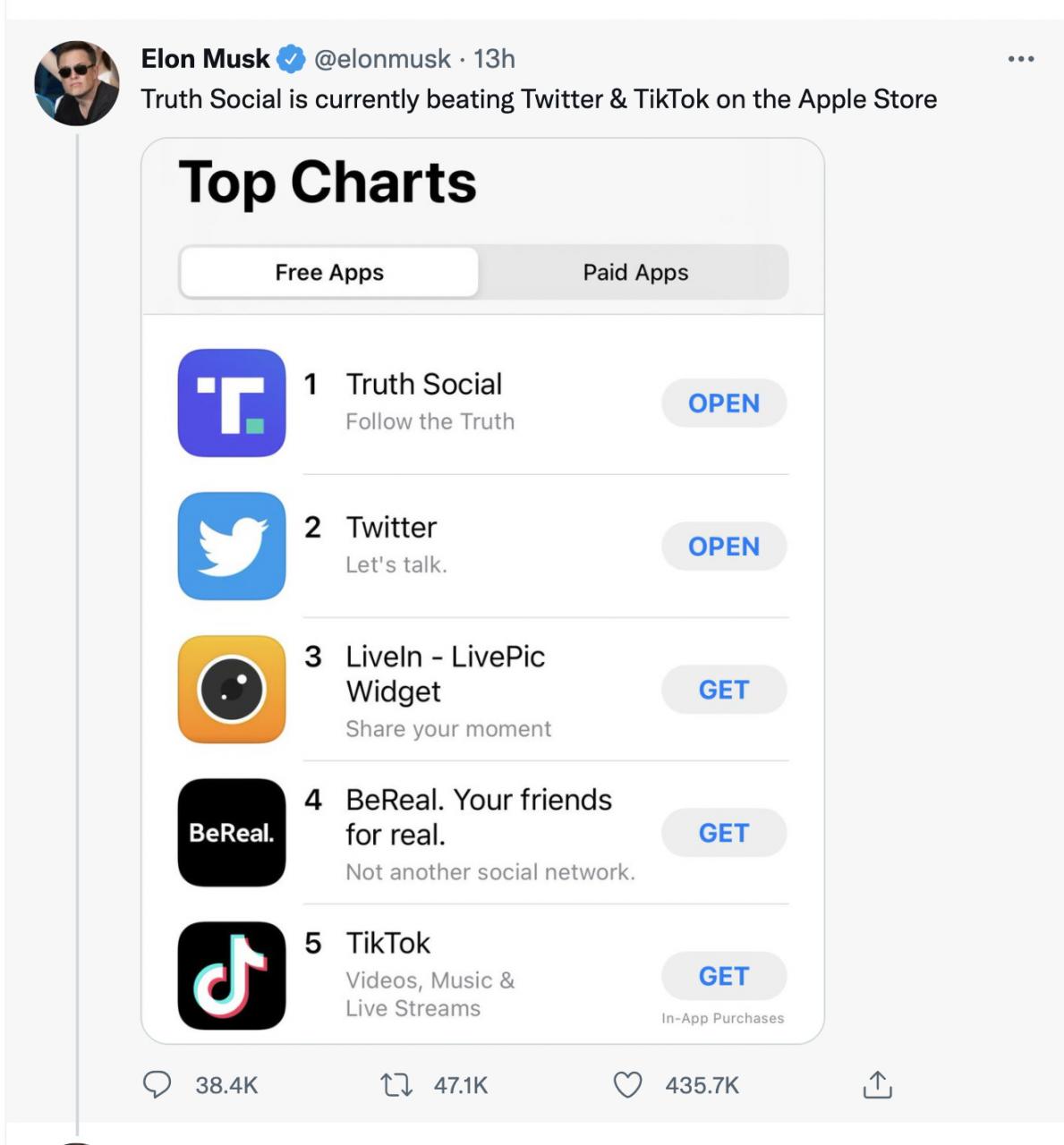 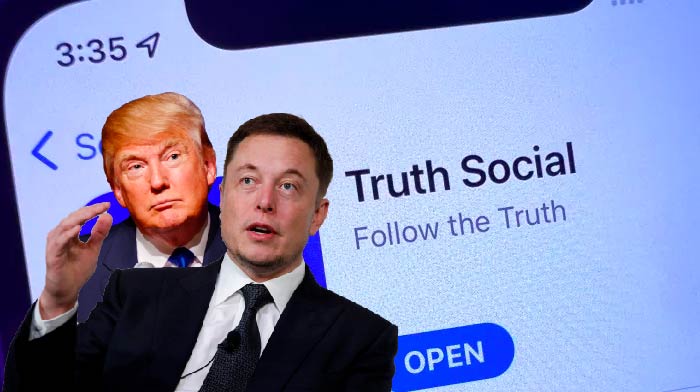 He shared a screenshot from the app store, and it shows that Truth is beating both Twitter and TikTok in downloads.

It’s amazing to see how popular President Trump truly is… he’s got so much support and good energy behind him and his ventures.

So, clearly, from one businessman to another businessman, Elon has much respect for what President Trump has built.

But there’s one thing Elon doesn’t like so much… and that’s the name.

Elon did a follow-up tweet, where he discussed Truth and why it exists, saying the censoring at Twitter gave way to Truth Social — and then he mentioned the name and said he didn’t like it.

MORE NEWS: [VIDEO] Geraldo Really Wants Trump Back on Twitter, Tells Elon He Better “Figure Out” How to Bring Him Back

But Elon wasn’t being rude, because the new name suggestion he came up with was amazingly brilliant, and I think you’ll absolutely love it.

And the new name he suggests is…

“Should be called Trumpet instead!”

Should be called Trumpet instead!

TRUMPET… I love it!

Two meanings in one…

And when you post, it’d be called a “Trumpy.”

I dunno, maybe President Trump might think of a name change?

Ha… But in actuality, you have to wonder, does Elon want to get President Trump back on Twitter, and if so, is he willing to strike a deal with him on Truth Social?

Elon knows President Trump is a MASSIVE draw, obviously, and having 45 back on Twitter would be the jump start Twitter needs.

Time will tell, but it’ll be interesting to see how this plays out.