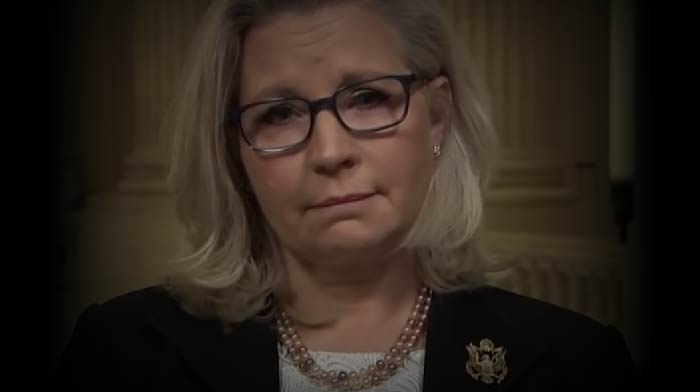 We all know that Kevin McCarthy kotowed to traitor and GOP establishment hack Liz Cheney, and was busted selling out President Trump on secret recordings.

But there’s another very high-profile GOP congressman who did the same thing and nobody’s really talking about him… until now.

It pains me very much to say that Rep Steve Scalise is also someone who seems to hold Liz Cheney in “secret” high regard; as he was also busted on recordings, sailing Trump down the river.

And now, both McCarthy and Scalise are lashing out at Matt Gaetz, who is calling them both out for “sniveling” calls with Liz Cheney.

Bizpacreview reported that U.S. Rep. Matt Gaetz responded strongly over a report detailing the contents of leaked audio in which Republican House leadership accused him of putting people’s safety in danger following the chaos at the Capitol on January 6, 2021, remarks that were seized on by Democrats in a major propaganda victory that doesn’t portray House Minority Leader Kevin McCarthy in a flattering light.

According to The New York Times, McCarthy and House Minority Whip Steve Scalise spoke to other Republicans in a call during which they singled out Gaetz and Rep. Mo Brooks as contributing to the volatile atmosphere surrounding the so-called “insurrection,” remarks that angered Gaetz who released a blistering statement that will likely only further contribute to the distrust towards McCarthy felt by many supporters of former President Donald J. Trump.

McCarthy’s condemnation of Gaetz came after the fiery Floridian criticized anti-Trump Republicans including Rep. Liz Cheney who at the time, was a member of the party’s leadership in the House, according to The Times.

“He’s putting people in jeopardy,” McCarthy said.. “And he doesn’t need to be doing this. We saw what people would do in the Capitol, you know, and these people came prepared with rope, with everything else,” the paper reported, adding that Scalise suggested that Gaetz could be in violation of the law.

“It’s potentially illegal what he’s doing,” Scalise said, according to the Times which states that it obtained the recordings during reporting for yet another gossipy new book on the Trump White House, “This Will Not Pass: Trump, Biden and the Battle for America’s Future” which will be published in early May.

Gaetz lashed out, blasting both men by name in a white-hot rebuttal that he posted to Twitter.

“Rep. McCarthy and Rep. Scalise held views about President Trump and me that they shared on sniveling calls with Liz Cheney, not us,” he wrote.

“This is the behavior of weak men, not leaders,” Gaetz added. “Folks know what I think because I tell them clearly, directly as I did when I held the largest event in Wyoming political history (without a rodeo element) days after these recordings were taken,” referring to his journey out west to campaign against the maliciously bad actor Cheney in her own state.

Gaetz says that he was protecting President Trump from impeachment, while Scalise and McCarthy were protecting Liz Cheney and Adam Kinzinger from being labeled “Anti-Trump.”

Which is exactly what they are… anti-Trump and anti-America First.

It’s a shame that Steve Scalise got caught up in this. I had much higher hopes for him.

But I think this is a good lesson for all of us. No matter what these politicians say in public, there’s always some underlying business going on behind the scenes that served their own good, not ours.