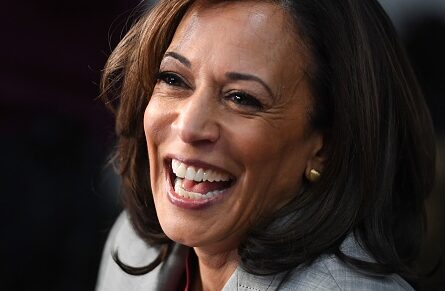 A gathering between Harris and Polish President Andrzej Duda on Thursday went viral for all of the fallacious causes.

The two leaders began taking questions from reporters. After one reporter requested concerning the potential for Ukrainian refugees in Poland, Duda and Harris shared a pause, which the latter broke by awkwardly chuckled as she agreed to reply the reporter’s query — treating the session in Warsaw no in a different way than an evening on the Laugh Factory.

Iuliia Mendel, the previous press secretary for Ukraine president Volodymyr Zelensky, responded to Kamala’s lack of information of the refugee disaster by tweeting a video of Harris laughing. Mendel then referred to as Harris out for her lack of concern concerning the state of affairs.

“It could be a tragedy if this girl gained the presidency,’ mentioned Mendel. The tweet has since been deleted.