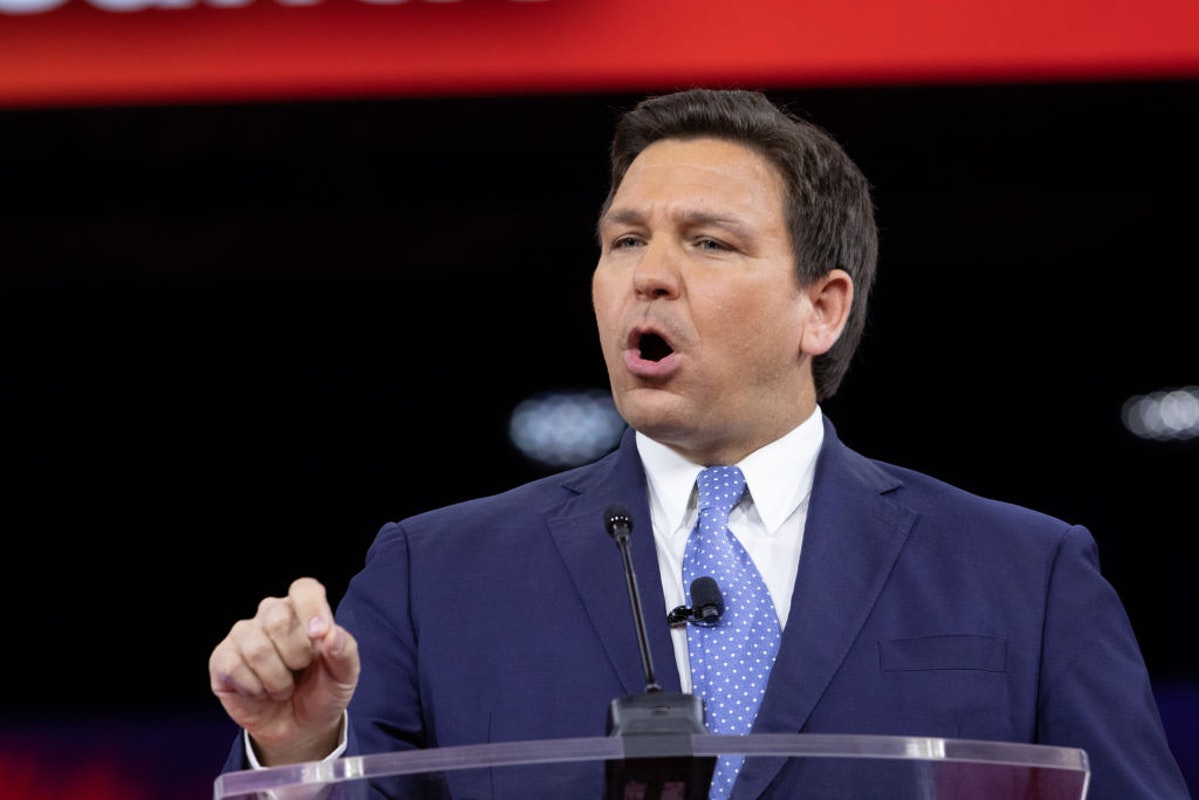 The media has been pushing corporations to denounce Florida and governor Ron DeSantis over the alleged ‘Don’t Say Gay‘ invoice.

As regular, the narrative handed by the elites has been utterly off the mark from actuality.

After Disney, proprietor of Orlando’s Walt Disney World Resort, and chief Bob Chapek have been coerced into making a press release opposing the Sunshine State’s laws, DeSantis completely ripped the corporate’s woke stance, which set off a cheering Florida crowd on Thursday.

“Here’s what I can tell you, in the state of Florida, we are not going to allow them to inject transgenderism into kindergartens,” DeSantis mentioned, defining the invoice’s goal to ban progressive gender pedagogy for youngsters.

DeSantis stood firmly in favor of giving Florida dad and mom confidence of their kids’s schooling by expelling the indoctrination.

“The chance that I am going to back down on my commitment to students and back down from my commitment to parents’ rights simply because of fraudulent media narratives or pressure from woke corporations, the chances of that are zero.”

OutKick founder Clay Travis shared the video on Thursday and recommended the defiant governor for not caving.

DeSantis continued: “And when you will have corporations which have made a fortune off being family-friendly and catering to households and younger children, they need to perceive that oldsters of younger children don’t need this injected into their children’ kindergarten lecture rooms. They don’t need their first graders to go and be instructed that they’ll select an reverse gender. That will not be applicable for these children.

“You have corporations like Disney which might be gonna say and criticize dad and mom’ rights … if that’s the hill that they’re gonna die, how do they presumably clarify lining their pockets with their relationship with the communist occasion of china. They make a fortune and don’t say a phrase concerning the actually brutal practices that you just see over there by the hands of the CCP.

“In Florida, our policy is based on the best interest of Florida citizens; not on the musings of corporations.”