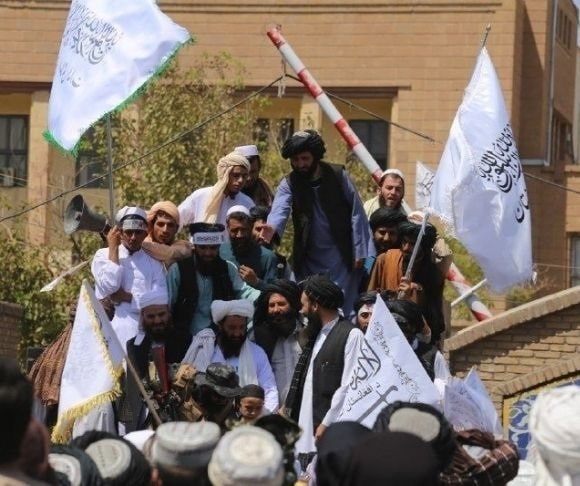 Editor’s Note: From the Back Forty is Liberty Nation’s longest-running and hottest weekly column. Capturing the fact every week from heartlanders in flyover states, LN provides voice to the hard-working Americans in any other case ignored by the coastal elites.

Middle America went all on this week, taking to job the man in the White House presumably calling the photographs. A newly launched Army investigative report on the Afghanistan withdrawal, the pesky topic of inflation, and of all issues, a authorities program handing out free crack pipes to junkies spun the hard-working Heartlanders round like an old style merry-go-round and prompted one other presidential mood tantrum. Whew!

It all started with that doggone Army report: And NBC’s Lester Holt getting Doocyed. Twice. 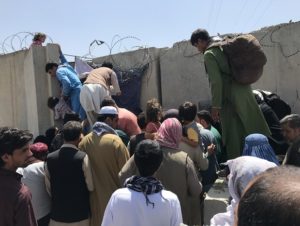 (Photo by STR/NurPhoto through Getty Images)

C’mon Man, Don’t Make Me Go All Doocy on Ya

Holt eased right into a late-week interview with the as soon as ordinarily soft-spoken Biden. The 2,000-page Army report on the collapse of Afghanistan despatched flyover people right into a rage. It included Rear Admiral Peter Vasely accusing First Lady Biden of interfering and prioritizing people in Kabul. Vasely referred to as the fixed barrage of classing from Mrs. Biden and, of all folks, the Pope, “the flavor of the day.”

Holt principally pressured Biden to say on the report that he “rejects” the contents of the report. In Mandeville, LA, Glenn Daigle was struck by the president’s incapability to confess colossal defeat: “From one old US Marine, Joe should be in Gitmo.” And following Daigle’s take, Texan Richard Ewing replied, “From this Gunny, you are too kind! I so get your drift. Semper Fi.”

Backing this president right into a nook started to backfire on the NBC host. Undeterred, Holt goaded the president on one other prickly problem, saying: “Back in July, you said inflation was going to be temporary. I think a lot of Americans are wondering what your definition of temporary is.”

Biden noticed pink and referred to as him a “wise guy.” And that spurred Texan Grady Johnston into sharing what flyover people consider: “Not supposed to question the king. Questioning and disagreeing is now an ‘insurrection.’” And in Kokomo, IN, Elizabeth Carter tied the tirade right into a neat little blue bow, “Holt’s question was exactly the correct one. It is a legitimate concern…to all except the president, it seems.”

Someday, somebody is sure to increase out a strong “yes” when Biden asks for a meet behind the bleachers to show simply who’s the large man on campus.

The newest Joe Biden coverage drifting out of the Swamp has people asking if 81 million Americans are crack addicts. The Biden administration is rechanneling $30 million in COVID funds to supply “safe smoking kits” for drug customers, claiming they will make smoking crack cocaine and meth much less harmful. And nobody in rural and small-town America thinks it is a good use of taxpayers’ {dollars}. Appearing on Fox News Channel’s Hannity, Sen. John Kennedy (R-LA) made a darn good level:

“This entire controversy, in my judgment, Sean, is why millions of Americans tonight are thinking, you know, Republicans aren’t perfect, and God knows we’re not, but the other side is crazy.”

Carol Dittman Rizzi in Dyer, IN, agreed with the lawmaker, and in contrast to the president, admitted how mistaken she was, “I Didn’t think this government could get any stupider. I was wrong.”

America could nicely know the place the concept got here from: After all, the president did lately declare that son Hunter was the “smartest person I know.”  That small reminder prompted Scott Michele from the Lone Star state to provoke a brand new slogan for the administration, “Don’t Meth With Joe.”

[Editor’s note] The Department of Health and Human Services (HHS) has denied that government-funded secure smoking kits would include crack pipes, and White House Press Secretary Jen Psaki claimed that any report in any other case was merely misinformation.