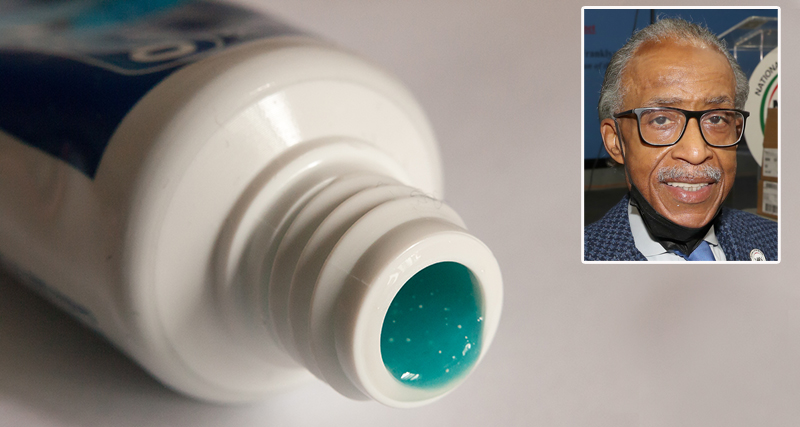 In a Wednesday sitdown on MSNBC’s “Morning Joe,” the Rev. known as on Adams to do one thing, particularly since shops are “locking up my toothpaste,” the political operative informed Joe Scarborough.

“You go into a local pharmacy, a Duane Reade or Rite Aid, you got to get some help to assist you,” Sharpton informed Joe. “They have the little button, they get the buzzer and the guy comes over and unlocks your toothpaste. I mean we are talking about basic stuff here.”

Scarborough pressed Rev. Al on what Adams can do when elected metropolis leaders round Adams are having fun with the chaos caused by Bill de Blasio who handcuffed the NYPD and helped lead town to the purpose the place shoplifters stroll out of Trader Joe shops with 10 steaks.

Al acknowledged there’s a justice system debate that must be addressed.

“There are those that are concerned, including me, about overloading the system in the jails with petty crime, but at the same time, you cannot have a culture where people are just at random, just robbing and stealing and is out of control, and is put on the front page of newspapers, which only encourages others to do it,” Al continued.

“In fairness to Eric, he’s only been there five weeks, but even as I’m fair to him, Eric, they are locking up my toothpaste,” the reverend famous.

And there you’ve it, the breaking level for the pols like Rev. Al is when he can’t simply stroll right into a Duane Reade and seize a bottle of Crest with out looking for a employee to open the toothpaste case like he’s shopping for a diamond ring.

To his credit score, Rev. Al didn’t soar on the Defund the Police bandwagon in 2020 when it was the cool factor to name for. At the time, he stated it was a “latte liberal” ideology.

And now the latte liberals are getting what they needed. Toothpaste locked up.

Even Reverend Al Sharpton — YES, AL SHARPTON — believes that the calls for of the “dEfUnD tHe PoLiCe” crowd are unrealistic, calling it a coverage concocted by out of contact latte liberals within the Hamptons. pic.twitter.com/q4EQPeMAeh