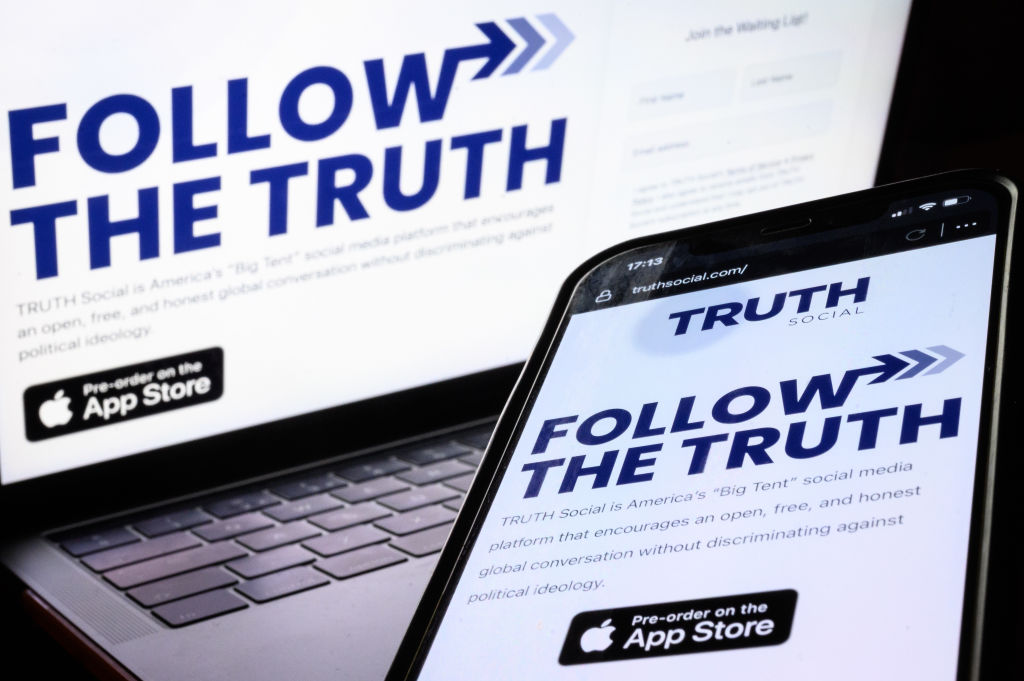 Former President Donald Trump is making his return to social media–not on Twitter, however Truth Social, a brand new platform.

The app, which Trump introduced plans for in October, is being launched by Trump Media & Technology Group (TMTG) on Presidents Day, Feb. 21. Truth Social will function a substitute for Twitter and Facebook, which Trump has been banned on for the reason that Jan. 6, 2021 breaching of the Capitol.

“We live in a world where the Taliban has a huge presence on Twitter, yet your favorite American President has been silenced. This is unacceptable,” Trump mentioned in a press release. “I am excited to send out my first TRUTH on TRUTH Social very soon.”

Per TruthSocial.com, the app guarantees to encourage open, free and sincere conversations with out discriminating towards political ideology. The app will work equally to Twitter, during which customers can share their opinions by posting a “TRUTH” slightly than a “tweet.”

“Uncle Jim from Atlanta is a proud libertarian. Aunt Kellie from Texas is a staunch conservative. Your cousin John from California is a die-hard liberal,” the app itemizing reads. “And guess what? They’re all together to have an amazing time and share their viewpoints of the world. Although we don’t always agree with each other, we welcome these varied opinions and welcome the conversation.”

“The time has come to reopen the Internet and allow for the free flow of ideas and expression without censorship,” Nunes mentioned, through the New York Post. “The United States of America made the dream of the Internet a reality and it will be an American company that restores the dream. I’m humbled and honored President Trump has asked me to lead the mission and the world class team that will deliver on this promise.”