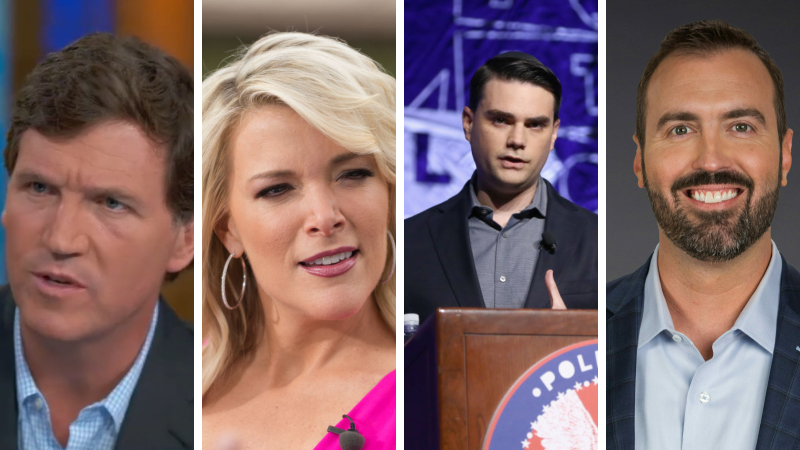 We have been completely happy to deliver a lot of the largest names in media on OutKick this 12 months for in-depth conversations. Because of your assist, we’ve got grown a platform that enables media personalities to open up in the way in which they will on so few retailers. The conversations are uncooked, genuine, and typically ominous given the state of the nation.

As methods, please, let me know whom you need me to deliver on in 2022.

“I’m genuinely worried about the question of what unites us as a country. Our leaders are telling us it’s this thing called ‘equity.’ What is equity exactly? It’s not equality, it’s the opposite.”

“I love America, but if I were 22, I might look to see if there’s another place that’s going to treat me as an individual and not as a member of a tribe.”

“Oh, I would drop out completely. No question. I’m about to be 52. If I was 22, there’s literally no chance I would join some big company or work for the government. Or even some system with central control. That’s just a disaster. And, of course, the system is openly racist now. So depending upon your skin color, you know exactly what your chances of success are. It’s gross. I would opt out of it completely.”

“You’re giving too much credit to these wokesters. They have not actually managed to capture all these industries. They’ve pressured them enough that they changed their public messaging.”

“We have the White House telling Facebook to take things down. Now you’re looking at Facebook as an agent of the government.”

“What happens, for example, when credit card companies start saying, ‘You can’t use our credit card in order to access certain services because we deem this service racist or off-limits?’”

Ben Shapiro Goes One on One With OutKick

“There are 10 victims for every successful person. The country has decided it will reward those who have successfully found a way to be a victim. If one can find a way, it builds their brand and their bank account.”

“What we’re seeing in America now is simply communism rebranded.”

“When you tell a child you can literally be anything you want to be, you take away what kids need to grow into who they are. You deprive them of their identity.”

“If your employer is forcing you to sit through some sort of racial brainwashing session — and so many employees are forced to do this sort of thing — you need to file a lawsuit to stop it.”