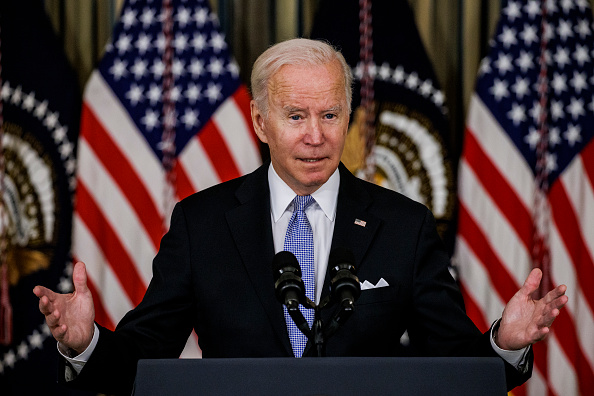 Get your popcorn prepared. On Tuesday, President Joe Biden is about to handle the nation about current COVID spikes. Press secretary Jen Psaki confirmed the president’s intentions in a Saturday afternoon tweet.

Having three days to organize seemingly leaves Biden loads of time to follow his (or Kamala’s) speech typically sufficient to keep away from consecutive Ron Burgundy impersonations. Earlier this month, Biden concluded a tribute to the late Bob Dole by studying “end of message” from his teleprompter.

On Tuesday, the President will ship remarks on the standing of the nation’s combat towards COVID-19, because the nation sees rising instances amid the rising Omicron variant.

After saying Biden’s plans to talk on Tuesday, Psaki detailed the president’s intentions. “POTUS will announce new steps the Administration is taking to help communities in need of assistance, while also issuing a stark warning of what the winter will look like for Americans that choose to remain unvaccinated,” tweeted Psaki.

Spoiler alert: we already know what winter will appear like for Americans that duck the jab. Like we’ve already seen, some individuals will get sick: COVID, the flu, strep throat, and so on. The aged and immunocompromised, together with those that are overweight, can be vulnerable to changing into significantly ailing and even dying from all of the above diseases. Young, wholesome individuals, except for some outliers, will absolutely get well. Just as they did earlier than March of 2020. No presidential tackle wanted.

You can guess mentions of vaccines and masks will recurrently seem on the teleprompter. And if that’s in reality the case, POTUS could need to ask Brian Fantana to hitch him on the podium. Fantana might reassure these Americans tuning in that: they’ve carried out research (on flattening the curve), you understand. 60% of the time, it really works each time.