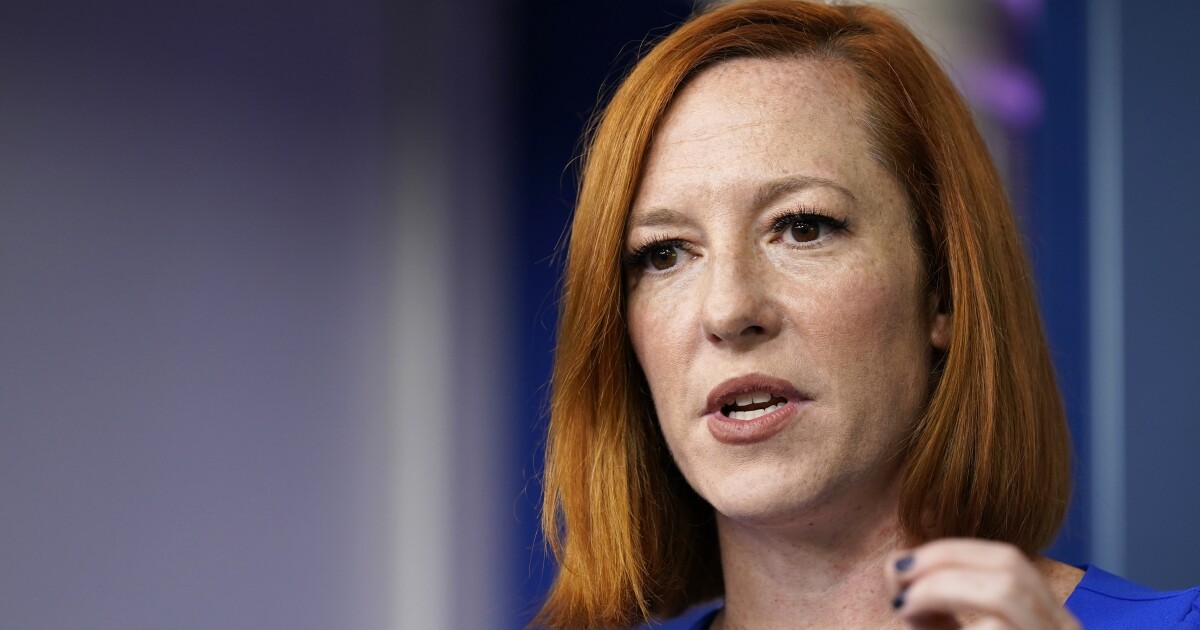 White House press secretary Jen Psaki clashed with a reporter after he requested her whether or not President Joe Biden would communicate with Pope Francis about his place on abortion when the 2 meet in Rome on Friday.

“You asked me most often, if not every time, about abortion,” Psaki informed EWTN Global Catholic Network reporter Owen Jensen.

“Is there a problem with that?” Jensen snapped.

“You can ask something you need,” Psaki replied.

Psaki went on to preview that Biden’s viewers with the pope would seemingly be a “warm” one for the reason that nation’s second Catholic president has talked with him thrice earlier than.

“The president’s faith is, as you all know, quite personal to him,” she stated. “It absolutely has personal significance to him, in addition to being an opportunity to discuss the range of issues, poverty, combating the climate crisis, and ending the COVID-19 pandemic.”

Psaki ripped Jensen final month over one other abortion question, contending he had “never faced those choices” nor had he “ever been pregnant.”

“For women out there who have faced those choices, this is an incredibly difficult thing. The president believes that right should be respected,” she stated at the time.

Biden is scheduled to fly to Italy on Thursday for the G-20 summit earlier than touring to Scotland for the United Nations local weather gathering. His second journey overseas had been framed as a deadline for negotiations over Democrats’ roughly $2 trillion social welfare and local weather bundle.

There was “some flexibility” with Biden’s schedule on Thursday, however he wouldn’t postpone his itinerary completely, in keeping with Psaki.

Psaki was additionally pressed Wednesday on whether or not a federal paid depart program would nonetheless be included within the partisan spending bundle. The president final week indicated his preliminary 12-week proposal had been whittled all the way down to 4 weeks.

“It’s still under discussion,” Psaki stated. “The president wants paid leave to be in this package.”