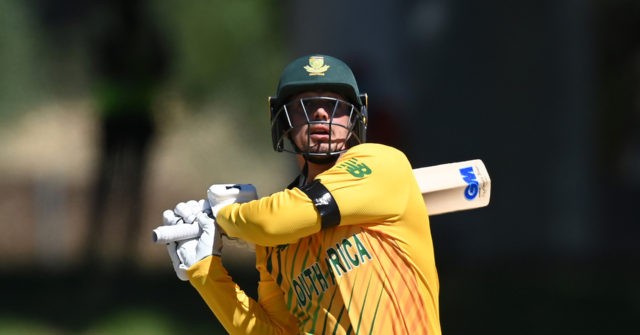 South African cricketer Quinton de Kock dropped out of a World Cup sport after the group was ordered to take the knee for Black Lives Matter (BLM), however has since felt obliged to challenge a humiliating public recantation of his actions.

Quinton de Kock, who’s white, selected to withdrawn from a sport in opposition to the West Indies after his sport’s nationwide governing physique, Cricket South Africa, ordered gamers to “take a knee” earlier than all of its scheduled matches. Previously, the choice to kneel had been up to particular person gamers, however the CSA determined that the sight of some gamers kneeling whereas others stood had “created an unintended perception of disparity or lack of support for the initiative” and took their selection within the matter away.

De Kock felt the necessity to reverse his stance completely on Thursday, nevertheless, in an abject public assertion reported by Sky News.

“I would like to start by saying sorry to my teammates and the fans back home,” the athlete grovelled, pleading that he now understood “the importance of standing against racism” — by kneeling down — and “the responsibility of us as players to set an example”.

“If me taking a knee helps to educate others, and makes the lives of others better, I am more than happy to do so,” he claimed.

“I did not, in any way, mean to disrespect anyone by not playing against West Indies, especially the West Indian team themselves. Maybe some people don’t understand that we were just hit with this on Tuesday morning, on the way to a game,” he defined.

Perhaps attempting to preserve some semblance of dignity, he added that “If I was racist, I could easily have taken the knee and lied, which is wrong and doesn’t build a better society” — though taking a knee is actually what he’ll now be doing.

Cricketer Quinton de Kock has pulled out of South Africa’s T20 World Cup match in opposition to the West Indies after refusing to “take the knee”.

Campaigner Ike Ijeh: “Taking the knee is a pointless performative political gesture. I would never take the knee.”@TVKev pic.twitter.com/Nq4pCcLM5N

Prior his maybe comprehensible capitulation within the face of doable de facto expulsion from the World Cup and the efficient finish of his worldwide profession, de Kock had obtained assist for his choice to actually take a stand from different corners of the British Commonwealth, together with Great Britain itself.

Black British campaigner and former Brexit Party candidate Ike Ijeh, for instance, had informed talkRADIO that he “would never take the knee” himself, viewing it as a “pointless performative political gesture that will not in any way advance race relations.”

“I think this is a terrible, appalling decision” by Cricket South Africa, Ijeh mentioned, including that “this kind of coercion has no place anywhere, particularly it has no place in sports.”