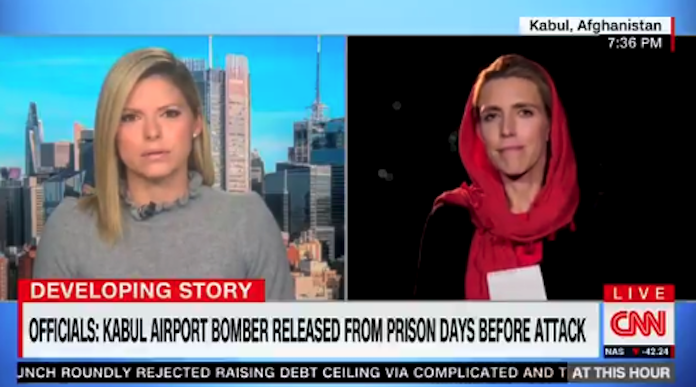 Remember when U.S. Secretary of State Antony Blinken had bother answering Senator Rand Paul’s query about whether or not the U.S. killed the right bomber who killed 13 U.S. troopers on the Kabul Airport? “Was he an aid worker or an ISIS-K operative?” Paul pressed Blinken.

“I don’t know because we’re reviewing it,” Blinken informed Paul.

That trade occurred on September 14. Days later, U.S. officers confirmed they killed the mistaken individual with a drone strike that really killed 10 civilians, together with as much as seven kids.

Now we’re studying through CNN’s Clarissa Ward, who’s again in Kabul, that the precise suicide bomber who blew up a bomb in a crowd of individuals ready to recover from a wall and onto planes that may take them in a foreign country, was really launched from a Bagram Air Base by the Taliban simply days earlier than the blast when the Afghan nationwide navy folded.

CNN: Kabul airport suicide bomber was launched from Bagram Air Base by the Taliban days earlier than the assault that killed 13 U.S. service members. pic.twitter.com/dozG4vzHRm

“This is bound to reignite the debate about the U.S. handing over Bagram Air Base to the Afghan National Army,” Ward stated, including that officers now say the Taliban emptied out the jail and the terrorist made his approach to Kabul the place he blew himself up and killed the U.S. troopers.

“Retaining Bagram would have required putting as many as five thousand U.S. troops in harm’s way, just to operate and defend it. And it would have contributed little to the mission that we had been assigned, and that was to protect and defend our embassy which was some 30 miles away,” Defense Secretary Lloyd Austin stated final week throughout hearings on Capitol Hill. “Staying at Bagram — even for counter-terrorism purposes — meant staying at war in Afghanistan, something that the President made clear that he would not do.”