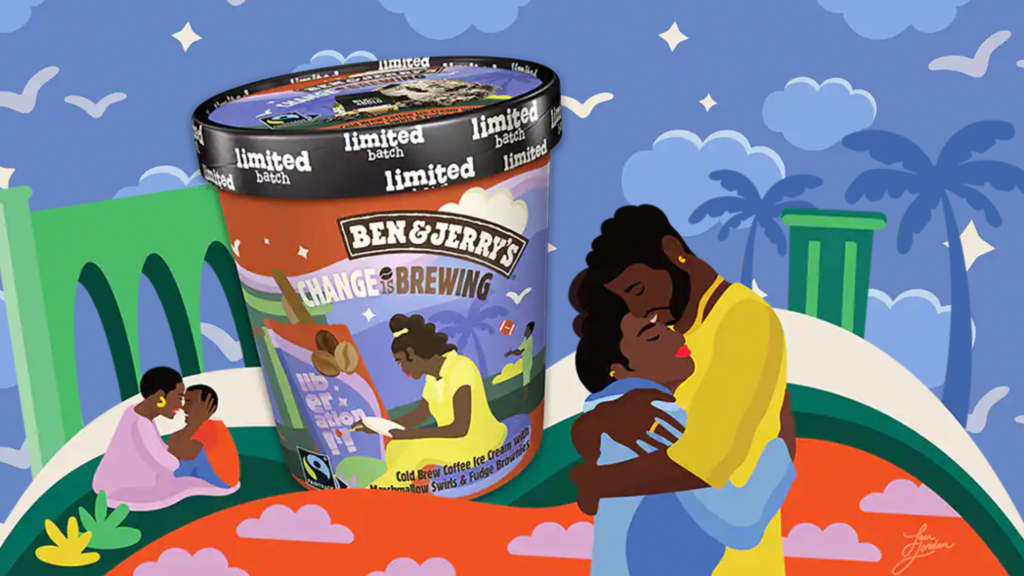 Ben and Jerry’s is teaming up with Missouri Democrat and Squad member Rep. Cori Bush to launch a brand new ice cream taste selling social justice, and sprinkling in a serving of Defund the Police.

According to the New York Post, the featured taste, titled “Change Is Brewing,” is made up of “cold brew coffee ice cream with marshmallow swirls and fudge brownies.” And similar to listening to Cori Bush’s stance on defunding cops however paying hundred of 1000’s of {dollars} in safety, one scoop will certainly result in a headache.

“The flavor supports the vision of the world in which every community is safe and everyone including black and brown people can thrive,” acknowledged Pall.

With Cori Bush because the inspiration for his or her new taste, the corporate seems to be all in on including nuts to its recipes transferring ahead.

Her advise to greatest get pleasure from the brand new taste’s delicate notes of cacao and single-origin espresso base: Suck it up!