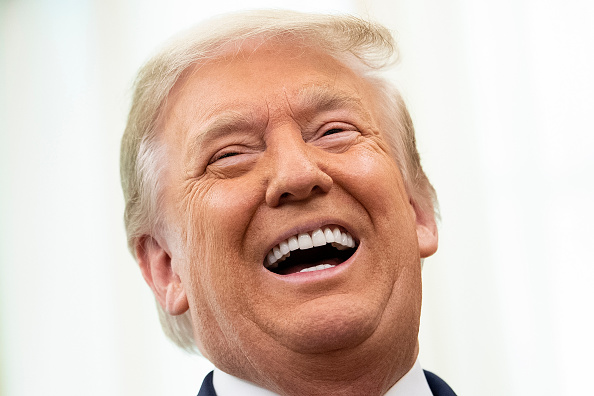 Leah Kinyon previously taught highschool chemistry in Utah. But she apparently didn’t understand the method for shedding your job: uneducated feedback + video cameras = unemployment line. Turns out, the ex-educator was on the receiving finish of a lesson in karma.

On Tuesday, a recorded video from Kinyon’s classroom confirmed her delivering an epic rant that will make Karen’s throughout the nation look on in awe and reverence: “I hate Donald Trump. I’m going to say it. I don’t care what y’all think. Trump sucks. He’s a sexual predator. He’s a literal moron. Go tattle on me to the freakin’ admins — they don’t give a crap.”

After huffing and puffing her approach by way of some Trump bashing, Kinyon turned her consideration to vaccines: “I am, like, so over it. I will be super proud of you if you choose to get the vaccine.”

“This is my classroom, and if you guys are going to put me at risk, you are going to hear about it. I have to be here, and I don’t have to be happy about the fact that there are kids coming in here with their variants that could get me or my family sick. That’s rude. And I am not going to pretend like it’s not. So don’t ask me to.”

Damn, Leah, get your self a Valium already.

As is the case if you don’t research for a midterm, the consequence was predictable: “Alpine School District has concluded our investigation of the incident that occurred on August 17, 2021 at Lehi High School,” stated an announcement from the district. “Although the details of a personnel investigation are confidential, the teacher involved is no longer an employee of Alpine School District.”