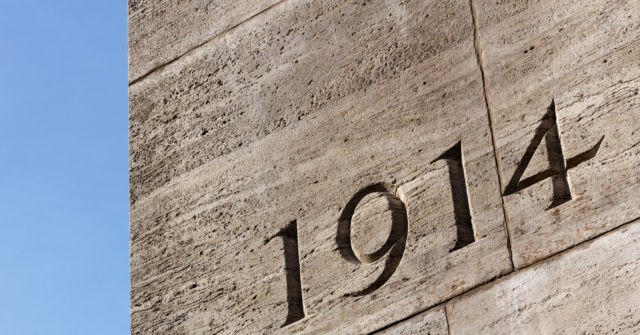 A far-left extremist group have desecrated a memorial to troopers who fought within the First World War in Hamburg, portray over components of the monument to make it state “Germany must die”.

The far-left group “Antikoloniale Attacke” (Anti-Colonial Attack) took duty for the assault on the memorial on Twitter on Monday writing, “Our goal is to strengthen the ability of migrants to act and places in Germany characterized by colonialism stand in our way.”

“What do you think of honouring colonial rulers and soldiers while denying justice to their victims and descendants?” they added.

During the assault on the monument, which was inbuilt 1936 to recollect the troopers who fought within the First World War, the far-left extremists painted over a number of phrases on a slogan that learn “Germany must live if we have to die” to make it state “Germany must die”.

Alexander Wolf, deputy chairman for the populist Alternative for Germany (AfD), condemned the assault, saying: “The far-left attack is an attack on our history, including the dignified remembrance of the fallen. In addition to the crude left-wing ideology, there is unacceptable damage to property, which will hopefully be punished.”

The Hamburg monument has been the topic of controversy in latest months, with the Social Democrats and the Green Party in Hamburg calling for it to be redesigned.

Social Democrat Regina Jäck claimed that the monument glorified battle and was a gathering place for neo-Nazis.

The German metropolis of Hamburg is renovating an enormous statue of former German Chancellor Otto von Bismarck and introduced it can maintain a contest that includes African artists and scientists to “contextualize” the statue. https://t.co/7M0TCFDQCn

The battle memorial will not be the one piece of German historical past in Hamburg that has develop into a supply of controversy, nevertheless. A big statue of former German Chancellor Otto von Bismarck can be set for a doable redesign.

In June, town introduced it will be holding a contest that includes African scientists and artists to “contextualise” the statue of the previous German chancellor.