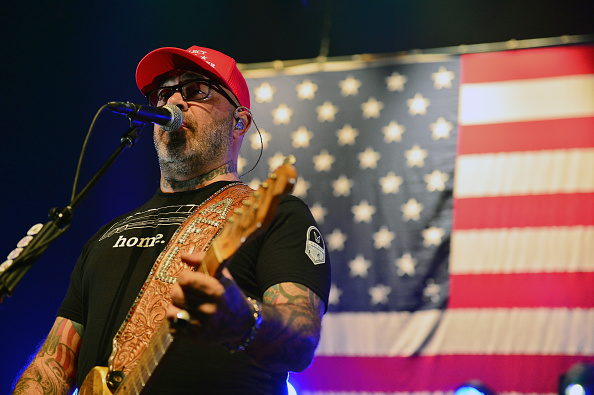 Aaron Lewis has the highest music on Billboard’s Hot Country chart, and loads of American delight to go along with it. “Am I the Only One“, is a lyrical “F— You” to the statue eradicating, flag disrespecting, anti-Americans polluting our nation. Lewis’ single takes intention at these disrespecting the purple, white and blue earlier than questioning if anybody’s nonetheless listening to Springsteen (they’re not).

Lewis, who first gained notoriety because the lead singer of Staind, pours his delight into the acoustic ballad with every verse extra prideful than the subsequent:

Appearing lately on “Fox & Friends”, Lewis shared his ideas on what promoted him to co-write (together with Ira Dean and Jeffrey Steele) the only: “I lived through the last year and a half … and I found myself on many occasions, just like all of you, sitting and scratching my head and wondering what is going on in this amazing country that we have.”

In almost 4 and a half minutes of music full of delight, Lewis finds time to ask an necessary query by the use of his immediately recognizable voice:

Am I the one one who quits singin’ alongside
Every time they play a Springsteen music?

Am I the one one not brainwashed?
Makin’ my manner by the land of the misplaced
Who nonetheless offers a shit and worries ’bout his youngsters

It’s time for everybody else to acknowledge what nation followers already know, music has a brand new Boss: And he doesn’t reside in Jersey.