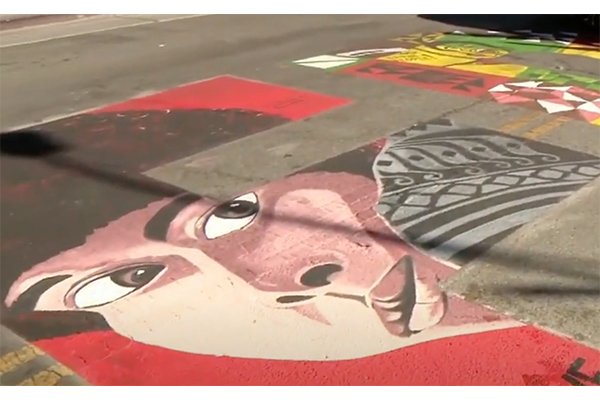 A Palo Alto police division is threatening litigation over a BLM mural with anti-police messaging close to its division.

With iconography meant to create discourse locally over its anti-policing messaging, the mural sparked headlines for that includes a picture of a cop killer and New Black Panthers brand.

According to the New York Post report, 5 cops from Palo Alto PD are spearheading the lawsuit. Part of the mural options a picture of Joanne Chesimard, who killed a white police officer in 1977 and fled to Cuba below the pseudonym Assata Shakur.

“Law enforcement officers, including the plaintiffs, were forced to physically pass and confront the mural and its offensive, discriminatory and harassing iconography every time they entered the Palo Alto Police Department,” claims the pending lawsuit, which has but to be filed in response to metropolis legal professional Molly Stump.

The lawsuit provides, “The mural included the logo of the New Black Panthers, which is identified by the Southern Poverty Law Center as a hate group that has encouraged violence against whites, Jews and police officers.”

Threatening to submit their declare over instigating harassment and defamatory messages, the art work has since been eliminated.

The mural was created by artist Cece Carpio — a BLM supporter and outspoken critic of police.

Adding to the anti-policing motion spawned by the disastrous riots of 2020, tributes to George Floyd proceed to discover a cut up between these advocating for police to maintain their neighborhoods secure, and activists able to tarnish their fame amongst communities.