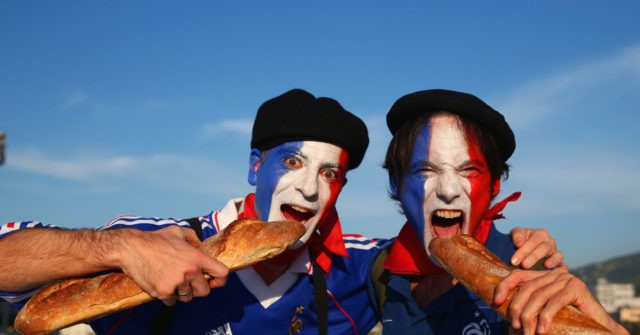 University of Connecticut Law Professor Mathilde Cohen raised the hackles of fairly just a few French individuals final week when she informed a bewildered viewers at Sciences Po Paris and the University of Nanterre that consuming French meals is an expression of “White Privilege.”

“I would like to tell you about ‘food Whiteness’ in French culture,” Cohen begins, “By this I mean the use of food to reinforce ‘Whiteness’ as a dominant racial identity.”

Apparently unaware of the deeply ingrained custom of peasant meals in French tradition, resembling cassoulet or pot-au-feu, Cohen proceeded to clarify to the French that their delicacies is a product of rich White individuals.

“The French meal is often presented as the national ritual to which every citizen can participate equally. But French food ways are shaped by White middle- and upper-class norms,” Cohen asserted, including that “the boundaries of Whiteness are policed through daily food encounters.”

“The Whiteness of French food is all the more powerful in that it is unnamed, enabling the racial majority to benefit from food privileges without having to acknowledge their racial origin,” she declared.

“White Christian norms are considered the default much like Whiteness itself is often construed as a neutral, non-racial identity,” said the white professor.

Many of the French weren’t amused by Cohen’s try and learn French tradition by way of the lens of wokeness.

Parliamentarian Eric Ciotti, as an example, an alumnus of Sciences Po, lamented that the varsity from which he graduated, “once open and excellent, now teaches indigenous, racialist, and totally delusional theories.”

Sciences Po itself sought to distance itself from Cohen’s theories by tweeting that she doesn’t educate there, and that the varsity endorses “no particular theory or school of thought.”