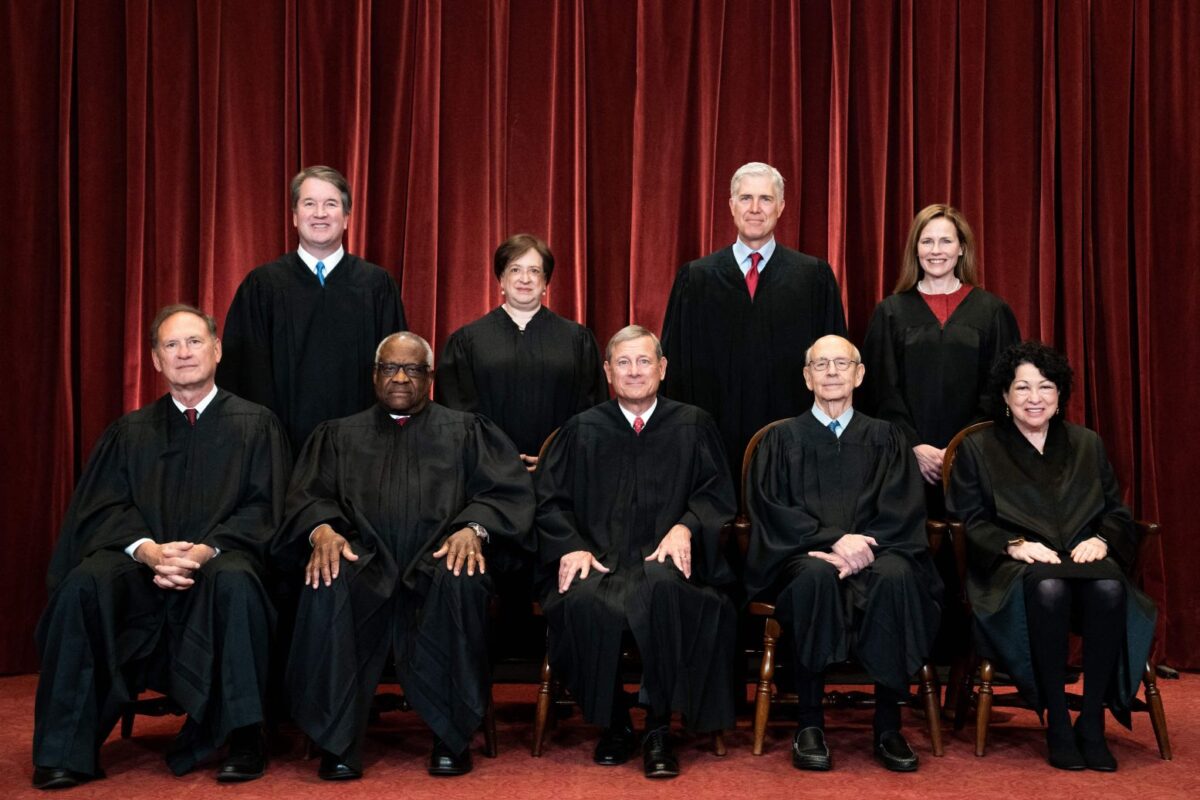 The Supreme Court on Friday declined to hear an attraction over a florist’s refusal to supply service for a marriage of a same-sex couple, permitting a state courtroom’s ruling that the store engaged in illegal discrimination.

The courtroom dominated 6-3 in declining to take it up. At least 4 justices want to vote in favor of granting a petition to authorize a evaluation of a case. Justices Samuel Alito, Neil Gorsuch, and Clarence Thomas voted in favor (pdf) of taking the case.

The Supreme Court didn’t present an evidence for its denial to hear the case, stating, partially: “The petition for a writ of certiorari is denied.”

In June, the Washington state Supreme Court issued a ruling towards the florist, Barronelle Stutzman, who refused to create a floral association for Robert Ingersoll’s same-sex marriage ceremony in 2013.

The state courtroom had “branded Barronelle a ‘discriminator’ and ordered her to attend, facilitate, and create custom floral art celebrating all marriages or none,” Kristen Waggoner, an legal professional for Stutzman, had written to the justices.

Stutzman had argued that her floral preparations have been successfully speech that’s protected underneath the First Amendment.

“Like all artists, Barronelle speaks through her custom creations,” Waggoner wrote to the excessive courtroom and argued that  the floral preparations as “multimedia works incorporating flowers.”

The Epoch Times has contacted Barronelle’s legal professionals for remark following the Supreme Court’s refusal to take the case.

However, legal professionals for Ingersoll and Curt Freed, who filed the lawsuit, claimed that Stutzman violated anti-discrimination legal guidelines for refusing to make the floral association for the marriage. The attorneys additional stipulated that Stutzman is actually attempting to search a “floral art” exemption to anti-discrimination legal guidelines.

“The notion of a First Amendment right to discriminate has been rejected as often as it has been raised,” wrote Ria Tabacco Mar, a lawyer who represented the plaintiffs, to the Supreme Court.

Several weeks in the past, the courtroom issued a unanimous ruling that sided with a Catholic adoption company in Philadelphia that claims non secular beliefs stop it from working with same-sex foster mother and father.

“It is plain that the City’s actions have burdened CSS’s [Catholic Social Services’] religious exercise by putting it to the choice of curtailing its mission or approving relationships inconsistent with its beliefs,” Chief Justice John Roberts wrote in that ruling. The company, he added, “seeks only an accommodation that will allow it to continue serving the children of Philadelphia in a manner consistent with its religious beliefs; it does not seek to impose those beliefs on anyone else.”