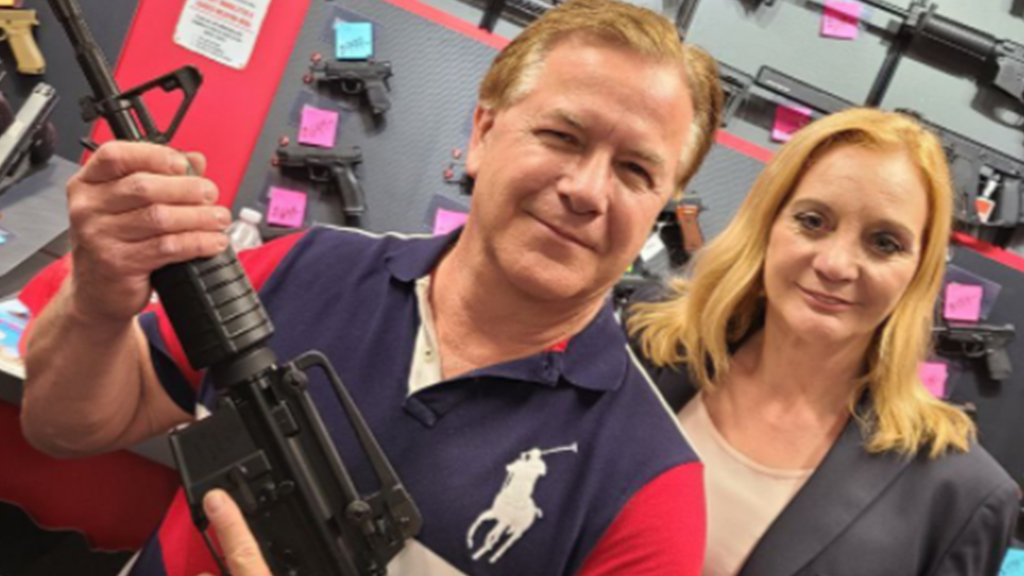 Despite having their weapons seized and pleading responsible to fees in reference to pointing guns at Black Lives Matter rioters on their personal property through the summer season of 2020, Mark and Patricia McCloskey appeared defiant Saturday, posting an image of a new AR-15 the St. Louis couple intends to purchase.

“Checking out my new AR!” Mark McCloskey tweeted together with two footage: one with McCloskey at a gun retailer with the proprietor, and one other with him and his spouse, Patricia. In each, he’s holding an AR-15 rifle.

The image got here simply two days after the McCloskeys pleaded responsible to lesser fees and agreed to pay fines in reference to final summer season’s incident involving Black Lives Matter rioters who tore down an iron gate and ignored a “No Trespassing” signal on their personal avenue. The couple stated they felt threatened and armed themselves earlier than heading outdoors to warn off the group.

The guns that the couple used within the standoff have been seized after their preliminary arrests in 2020 and will likely be destroyed. But the McCloskeys should not prohibited from buying new firearms.

“We’re robust advocates of the Second Amendment and we’re going to proceed to train our rights and defend ourselves,” McCloskey instructed Fox News on Sunday. “We intend to keep our arms and bear them. We’re a constitutional carry state. I will replace those (guns) which the state took.”

McCloskey stated he has obtained “hundreds” of optimistic feedback from the Twitter put up. He expects his new rifle will likely be prepared for him on Thursday.