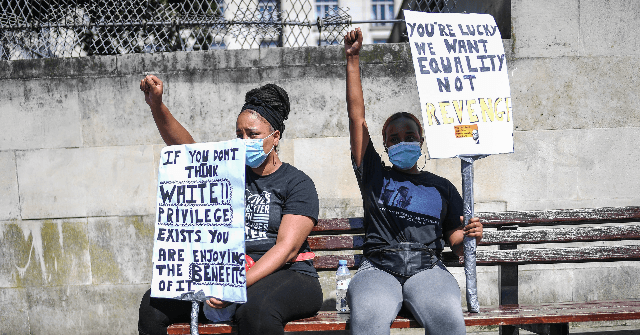 The Tavistock and Portman National Health Service (NHS) Foundation Trust has repeated a video seminar titled ‘Whiteness – A problem for our time’.

The video seminar, which the NHS belief has shared on YouTube, was initially held in November, with the socialised healthcare supplier and the British Psychotherapy Foundation, British Psychoanalytic Council, and Tavistock Society of Psychotherapists, which it partnered with for the occasion, selecting to repeat it on January 14th “to enable a wider audience to attend”.

“This presentation is rooted in the assumption that the problem of racism is a problem of whiteness,” defined ads for the seminar on the web sites of the NHS belief and the British Psychotherapy Foundation, including: “A key and urgent question then for those of us who are regarded as white is, how do we interrogate our whiteness to bring about the radical change that is required?”

“The ‘fragility’, the colour-blind approach and the silencing process of disavowal that develops in the childhood of white liberal families, are a means of maintaining white privilege and racism,” they insisted.

The seminar itself, as offered by Helen Morgan, a former chairwoman of each the British Association of Psychotherapists and the British Psychoanalytic Council, means that “three and four-year-olds have already internalised white privilege”, in line with its Tavistock and Portman NHS Foundation Trust assessment — which provides each impression that Morgan’s seminar is factual fairly than a mere perspective, and wholly permitted of by the belief.

“As white people, we need to mourn,” the NHS belief quotes Morgan as saying, earlier than including its personal commentary: “By facing our past through education as both adults and young people we can undergo a process of healing, both as perpetrators and victims. The reality of slavery and how white people profited from it and continue to profit from it should be central to our curricula.”

Morgan presents varied anecdotes in her presentation to help the concept that white kids “internalise” their alleged racial privilege at an early age, for instance citing an alleged occasion during which a four-year-old white lady is meant to have advised an East Asian lady that she was not allowed to tug a wagon as “only white Americans are allowed to pull this wagon”.

“Children need help to think about what they observe about the racist structures of society, and to connect their inherited privilege with a developing concern for fairness. They need a language for thought from which effective action can develop,” Morgan lectures.

“However, many white adults… will resort the shortcut of colour-blindness by insisting that everyone is the same and equal,” she complains.

“Such an assertion,” she provides, is “untrue, and denies what the child has observed and experienced”.