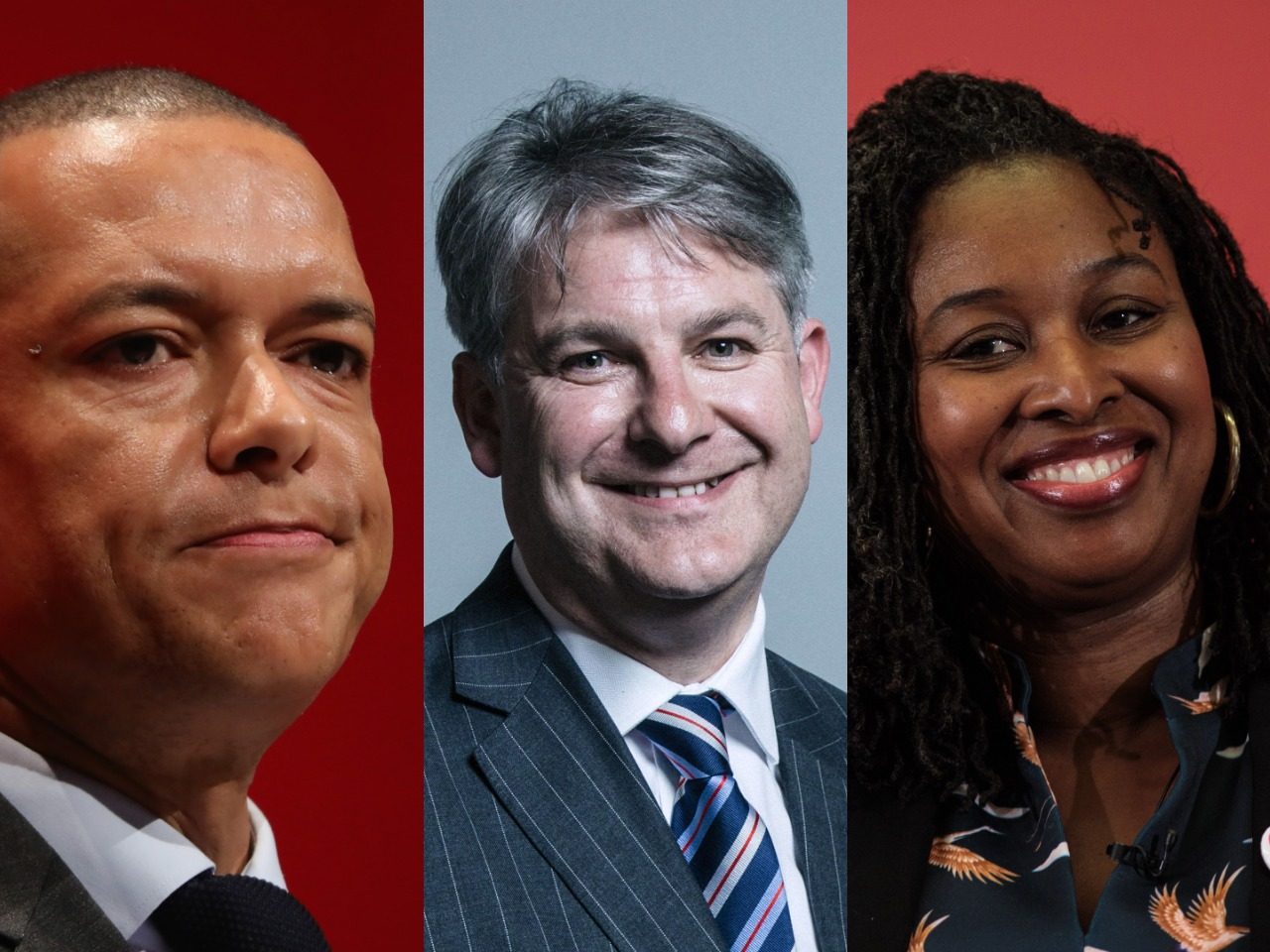 A Tory MP has slammed Labour politicians for “politically correct claptrap” and “idiocy” after linking Chef Jamie Oliver’s “jerk” rice to slavery and accusing him and different “white people” of cashing in on Black tradition.

Mr Lewis claimed the UK has “raped, pillaged, enslaved and destroyed” some cultures and stated the rice row is a part of a “trend that hasn’t stopped since slavery.”

But Tory Philip Davies MP (pictured above, centre) hit again Tuesday, telling Breitbart London: “This politically appropriate claptrap from Dawn Butler and Clive Lewis is past perception, and the kind of idiocy we may count on to run riot if [Labour leader Jeremy] Corbyn and [Shadow Home Secretry] Diane Abbott have been working the nation.

“People can be forgiven for thinking the world has gone mad.”

When you genuinely get that you simply then see a sample emerge and one @DawnButlerBrent was stating. A pattern that hasn’t stopped since slavery: predominantly white folks persevering with to revenue from black tradition (see Elvis, Vanilla Ice, Taylor Swift Etc) 2/

Mr Lewis had additionally argued that “predominantly white people continuing to profit from black culture” and accused Oliver of being a part of a system of “structural racism, created to justify slavery and empire.”

The Labour MP was just lately criticised for defending an alleged anti-Semite who was expelled from the celebration for heckling a Jewish MP.

In reference to the rice row, Lewis stated the racist system courting again to slavery “denies too many black people a fair shot at doing the same thing,” on Twitter.

He informed Breitbart London: “If anybody ever goes on vacation to Jamaica, they are going to undoubtedly stumble upon some native folks promoting tasty jerk rooster or jerk pork meals to vacationers with a purpose to make a dwelling.

“Eating food from other cultures and appreciating their art and music is a good thing which everyone enjoys, but manufacturing offence about enjoying other cultures creates hostility and division.”

He continued: “Dawn Butler was once pictured wearing a sari, so by her own standards she should go to diversity training and stop appropriating clothing from other cultures. As for Clive Lewis, I do hope he’s never had a curry, kebab or chimichanga, or he may have to label himself a racist.”

British celebreity chef Jamie Oliver responded to the accusation on Monday, saying: “I’ve labored with flavours and spices from everywhere in the world my complete profession, studying and drawing inspiration from completely different nations and cultures to present a contemporary twist to the meals we eat daily.

He added: “When I named the rice my intention was only to show where my inspiration came from.”

“He also has forgotten that I actually taught him how to cook jerk.”

“You should have a look at chicken tikka pizza, it’ll blow your mind.”

Adding: “What Dawn describes as ‘cultural appropriation’ is in truth the best type of flattery. We have all the time copied and absorbed components from different cultures, it’s a defining function of British tradition.

Been interested by the @DawnButlerBrent assault on @jamieoliver’s jerk rooster. It demonstrates a deep misunderstanding of the nation she hopes to manipulate. 1/?

“His huge commercial reach will introduce new consumers to [West Indian] cooking, if this helps grow the market for real [West Indian] chefs then it’s good news all round.”

He informed ITV’s Good Morning Britain: “I do think it was a mistake by Jamie, either by him or by his team. Maybe he wasn’t actually involved in this.”