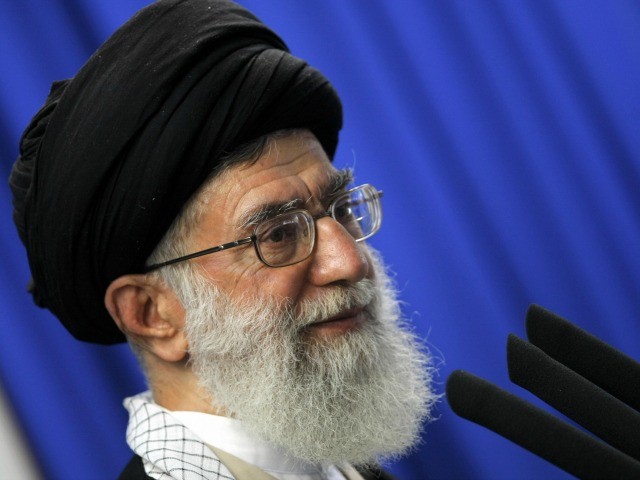 In a speech this month within the East Azerbaijan area of Iran, Supreme Leader Ayatollah Khamenei stated {that a} warfare on Iran’s tradition and financial system is extra harmful to his Islamic regime than any army menace from the West.

“This is a blatant lie!” Khamenei stated within the speech. “Why do they speak about war? They do so because they want to switch our minds to a military war, but the real war is something else.”

“They draw our attention to a military war so that we ignore this war,” Khamenei stated. “The actual warfare is a cultural warfare.

“There are so many television and internet networks which are busy diverting the hearts and minds of our youth away from religion, our sacred beliefs, morality, modesty and the like,” Khamenei stated.

“They are working in a serious manner and they are spending heavily on this,” Khamenei stated. “The real war is this.”

The 2017 Academy Awards on Monday evening put Iran and its tradition within the highlight, with the Iranian movie The Salesman successful Best Foreign Language movie.

The Iranian movie’s director, Asghar Farhadi, stated final month that he would boycott the Oscars due to Trump’s immigration order on halting refugees coming to the United States from seven nations with hyperlinks to Islamic terrorism, in line with a January 29 New York Times article.

“To humiliate one nation with the pretext of guarding the security of another is not a new phenomenon in history and has always laid the groundwork for the creation of future divide and enmity,” Farhadi stated in an announcement printed by the Times. “I hereby express my condemnation of the unjust conditions forced upon some of my compatriots and the citizens of the other six countries trying to legally enter the United States of America and hope that the current situation will not give rise to further divide between nations.”

The Iranian Foreign Minister, Javad Zarif, tweeted reward for the movie’s award and Iranian tradition after the win.

“Proud of cast & crew of ‘The Salesman’ for Oscar & stance against #Muslim Ban. Iranians have represented culture & civilization for millennia,” Zarif tweeted.

The Guardian reported {that a} “protest vote” towards Trump’s immigration coverage may need helped the movie win.

Khamenei tweeted in August that the United States was liable for creating and supporting ISIL, or Daesh, as a part of what he claims is a tradition warfare towards “true Islam.”

Khamenei, a Muslim cleric, has been the Supreme Leader of Iran since 1989 after serving because the third president from 1981 to 1989. He repeatedly calls the United States the Great Satan and promotes the destruction of Israel.