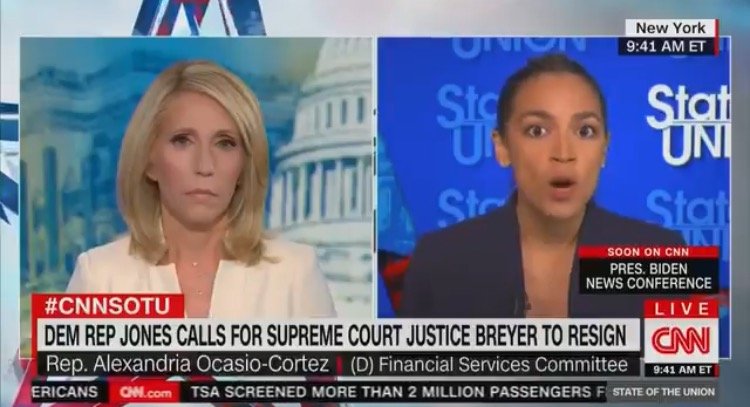 The Democrat-controlled House in March passed H.R. 1, a massive elections reform bill making it easier for Democrats to steal elections.

The House Democrats previously introduced the “For the People Act of 2021” which will ensure Democrats can count ballots for days and days after an election until they have enough votes to win.

The Democrats used Covid as a vehicle to successfully steal the White House and the Senate (and possibly the House) with ballot harvesting, ballot drop boxes, mail-in ballots and by counting ballots in secret for several days after Election Day in 2020 so now they’re passing legislation to make it easier to steal every election going forward.

H.R.1. has stalled in the Senate where the Democrats have a slim majority with a 50-50 senate and Kamala Harris as the tiebreaker.

West Virginia Democrat Senator Joe Manchin has stated on the record that he does not support H.R.1 and he won’t end the filibuster so the bill is pretty much DOA in the senate.

AOC on Sunday suggested the Democrats can’t win honest elections and will use the courts to get their way during an appearance on CNN’s “State of the Union.”

“We cannot rely solely on a wish of winning elections,” AOC said to CNN’s Dana Bash.

AOC on if she thinks Justice Breyer should retire: “I would probably lean toward yes.” pic.twitter.com/yG1fqvU2eY