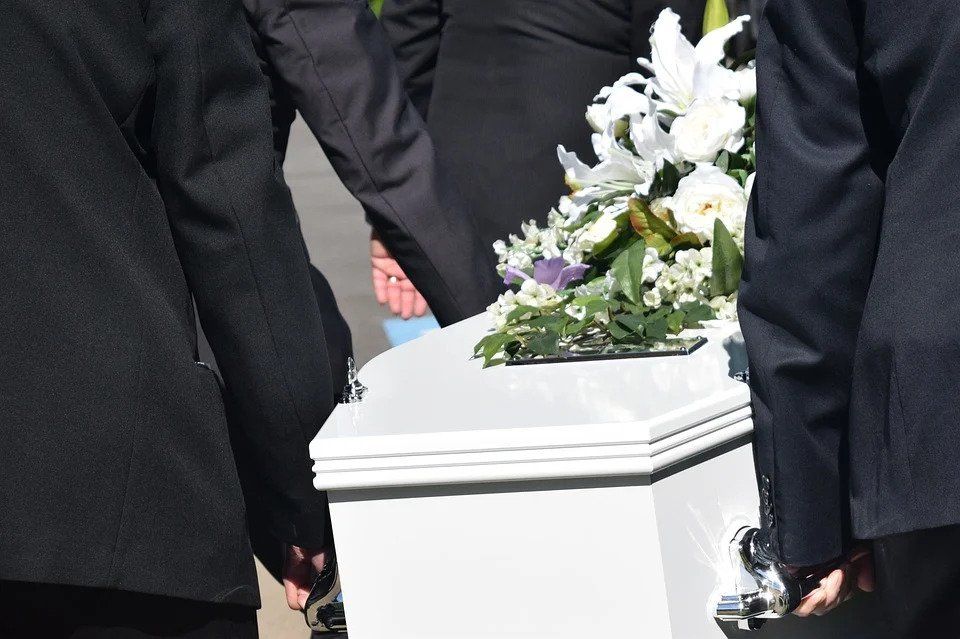 (TCP News)  The latest “buzz word” from the Left is being used repeatedly in all forms of media propaganda now.  It’s called “Vaccine Hesitancy.”  The term is self-explanatory, defining those who are “hesitant” to get the experimental gene-altering, DNA-changing injections that we’re told will keep us safe from COVID.

But I have to wonder, why don’t they call us “Vaccine Refusers?”  I’ll answer my own question.  Because one way or another, they’re determined to inject the entire population of Planet Earth, no matter how “hesitant” a person may be.  Eventually, perhaps very soon now, it will become clear that no one will be “allowed” to refuse these toxins.

Right now, the powers-that-be are “playing nice,” using bribes to get people to comply.  But pretty soon we’ll see Big Brother declare, “No more Mr. Nice Guy.”  Virtually every state, every county, every municipality, every large corporation and employer is on board, offering “incentives” for taking “the jab.”  Incentives come in all shapes and sizes.  Ohio offers a “lottery,” in which those 17 years old and under are entered to win a full college scholarship, while adults are entered to win a million dollars.  California has launched a campaign called “Vax for the Win,” offering $116.5 million in prizes for those who get all the shots.  Thirty individuals will win $50,000 apiece.  Ten will receive $1.5 million each, while two million more people will receive a $50 grocery card.

And already unconstitutional mandates are being set in place by employers and large corporations.  They’re saying that if you’ve received all your injections, you can now come to work without wearing a mask, but you must show proof of your injections for this privilege.  Others are telling employees that if they’ve been “fully vaccinated,” they no longer have to wear a mask and they will not be requiring proof — yet.  However, these situations come with a threat: in the future, if (they may as well just say “when”) the company decides to require proof of vaccination and they discover you did not actually take your jabs and had been coming to work without a mask, you’ll be immediately terminated.  Employers are covering their bases by forcing workers to sign statements agreeing to this in order to keep their jobs.

For the most part, masks are no longer required anywhere in America, yet many businesses still do require them for patrons to enter and for employees to work.  Despite overwhelming evidence — even the latest statements from the CDC — that masks have NOT mitigated the spread of COVID in any way and do not protect ones’ self or others from the virus, many places continue to require them, government and health officials continue to “strongly encourage” mask wearing and the majority of people continue to sheepishly comply.

Understand this: the masks are not about anyone’s health.  They have nothing to do with health.  The masks are a physical reminder to everyone that we MUST be afraid.  We must continue to live in fear.  Every day, the mask-wearers dutifully cover their faces, now just out of force of habit.  But as the consumers of mainstream media go about their daily lives, the masks are a constant reminder to always be afraid.  Be very afraid.  Get your injections, but still…be very afraid.  There’s a virus out there and it’s deadly.

In case you aren’t aware, there are many viruses out there, and germs, and lots of “icky” things in nature.  You cannot avoid coming into contact with stuff that will make you sick.  But the coronavirus scam has been the biggest boondoggle that’s ever been perpetrated on the world.  Not so long ago, most people would never have gone along with any of this nonsense.  But today, our government, our public schools and colleges, our churches, our health officials and the “mockingbird media” have all conspired to brainwash people into fear, compliance and submission.  People are so dumbed-down through agenda-driven so-called public “education” and a steady stream of propaganda in the media, they’ll believe anything, no matter how preposterous.  By the way, our “Smart Phones” don’t make us any smarter at all.  They’re an ingenious invention to actually dumb us all down even further.

In a stage production of George Orwell’s famous book, “1984,” which toured in 2017, the writers of the play incorporated the following statement: “The people will not revolt.  They will not look up from their screens long enough to notice what is happening.”

Let me also remind you that a genuinely deadly pandemic doesn’t require 24/7 advertising to remind you it exists.  Real pandemics don’t need marketing campaigns and endless propaganda.  But psychological operations do.  And that’s what we’re in the midst of right now.  Perhaps the greatest psychological mind control operation ever attempted.  And the constant mask wearing is truly useless as far as health concerns go.  But the masks have proven to be very useful and effective in reinforcing the brainwashing and keeping people living in fear.

The so-called vaccines that are currently being injected into as many people as possible have been proven to be very dangerous, with hundreds of thousands of people suffering life-long injuries after taking them, and thousands more have died, both here in America and around the world.  It’s interesting to note that studies using lab animals were never completed.  Why?  Because all the animals died.  Yes.  All of them died.  Yet this “jab” has been ram-rodded down the throats of every man, woman and child on the planet.  Some have wondered if this is part of a Globalist depopulation plan, and with good reason.  The key players who organized Event 201 in preparation for launching the coronavirus planned-demic are the same ones who have developed these experimental injections.  And they’re all on record as being advocates for human de-population of Planet Earth.

Top doctors and scientists from around the world who have studied these injections in detail have stated that there will be a startling number of people dying from the shots within several months after receiving them.  So, in other words, by this coming fall.  Should this happen, we’ll undoubtedly be told that there’s a “new” strain of the virus which we must be afraid of, or a “new” pandemic to blame for the deaths.  So, they’ll force a new injection, that I believe will prove to be even more deadly than the two they’re currently using.  More stringent lockdowns will, of course, be needed in the wake of millions of people dying.  Few will put “two and two” together, tracing the cause of death back to these experimental drugs.  Those who do, and who currently ARE sounding the warning in regard to this, are, of course, dismissed as right-wing extremists, “science deniers” and censored in every possible way, to shut them up.

Now, as Christians, there’s no reason at all for us to succumb to fear over any of this.  But also, as Christians, we have no business allowing these poisons to infect and destroy our bodies.  I’ve followed the research of well-known doctors and scientists from around the world who have all stated this is nothing less than a Globalist program to deliberately cause massive deaths worldwide.

Let’s start with the Tuskegee Experiment.  Ever heard of that?  It was conducted by the US Public Health Service and the CDC from 1932 until 1972. Our government enrolled impoverished African-American sharecroppers from Macon County, Alabama in this study and deliberately infected them with Syphilis… to “observe the natural history of untreated syphilis.”  The black men recruited for this study were poor, and were only told they were going to be receiving “free healthcare” from the government.  They were also told the study would only last six months.  Instead, it lasted forty years, causing the death of 128 of the 600 participants.  None who were infected were ever treated with penicillin, despite the fact that it was widely available by the mid ‘40s.

In 1943, researchers at the University of Cincinnati Hospital kept mentally-disabled patients in refrigerated cabinets for 120 hours to study the effects of their disorder.  These same things were being done at the time in Nazi Germany.

In 1947, the CIA used human subjects to study the effects of LSD, without the subjects’ knowledge.  This went on for many years.  In 1948, the US government paid the government of Guatemala to allow American doctors to purposely and secretly infect Guatemalan people with a variety of sexually-transmitted diseases, some of them deadly.  The US formally apologized to Guatemala many years later.

From 1950 – 1953, the US Army releases chemical clouds over six American and Canadian cities.  Many citizens became seriously ill with pneumonia-like illnesses.  In 1953, the CIA conducted an experiment known as “Operation Sea Spray,” in which nearly a million people in New York and San Francisco were exposed to airborne poisons, dumping it on the two cities, to study the effects on the citizens.  In 1955 and ‘56, the US military dispersed over 300,000 mosquitoes infected with yellow fever from aircraft over George and Florida.  Look up “Operation Big Buzz.”

Then in 1957, the US military experimented with 29 nuclear explosions in the desert outside of Las Vegas, Nevada.  This resulted in over 32,000 cases of thyroid cancer among the civilian population.  In 1965 our government launched “Operation Big Tom,” spraying Hawaii with Bacillus, which weakens the immune system.  A year later, Bacillus was pumped through the ventilation gates in the New York City subway system, exposing one million people to this bacteria.

In 1978, the CDC began conducting experiments on people in New York, Los Angeles and San Francisco, giving them the “Hepatitis B vaccine.”  Homosexual men were used as the guinea pigs and by 1983, 30% of them were HIV positive.  In 1990, over 1,500 black and Hispanic babies were injected with the measles vaccine.  Parents were not informed that their kids were being used as test subjects.  Many of the babies died.

In 2000, the US Air Force and Lockheed Martin teamed up with Loma Linda University.  They paid 100 Californians to consume a dose of perchlorate — a toxic component of rocket fuel that causes cancer, damages the thyroid gland and hinders normal development in children and preborn babies.  The test subjects were given a dose every day for six months, without being told what they were taking.

So friends, in case you think the current COVID “vax” is harmless, or even helpful, and in case you still trust our government, our health officials, the One World Order Globalists and the mainstream media to have only our best interests in mind, you really ought to think again.  Or maybe just think critically for the first time in your lives.  If this so-called “vaccine” were so good, would it really need 24/7 advertising, propaganda and trillions of dollars spent on bribes to get people to take it?  I’d be careful if I were you.

Trust God and the healthy immune system He gave you and keep your immune system strong.  Your body may be lacking critical nutrients but it most definitely is not lacking the poisons they’re trying to inject into all of us right now.  Think about it.

Audio CDs and transcripts of this message are available when you call me at Wisconsin Christian News, (715) 486-8066 or email: [email protected] Ask for message number 327.

About Rob Pue
Rob is an ordained minister and the founder and publisher of Wisconsin Christian News, a national Christian newspaper based in Wisconsin. He writes a monthly commentary for WCN, and can also be heard twice weekly, (Tuesdays and Saturdays) nationwide on the VCY America Radio Network, (as well as several other independent stations), with his “From the Editor’s Desk” commentaries. Rob’s messages offer unique teaching and insights from God’s Word, dealing with the most important issues of our day. In addition, Rob hosts the weekly internet TV program, “WCN-TV,” every Wednesday at 2 pm Central time, which can be found at WCNTV.net.   He is also available for speaking engagements for conferences and special events. View his website at:  WisconsinChristianNews.com